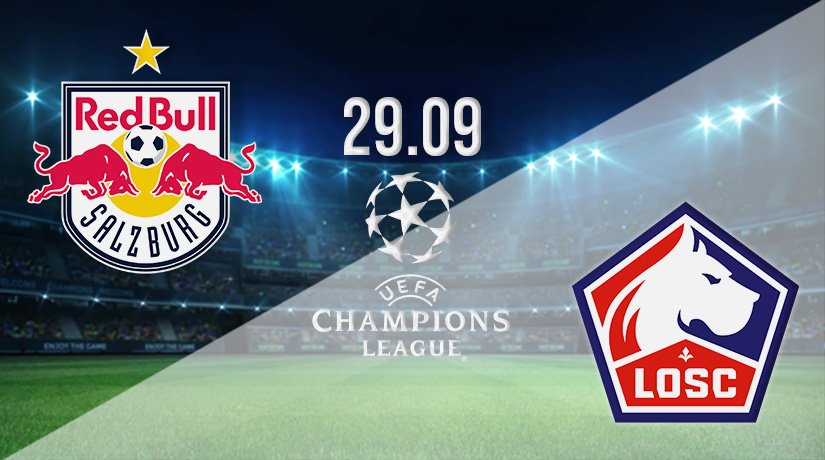 One of the closest groups in the Champions League this season is Group G. All four sides will fancy their chances of reaching the next round of the competition, and Salzburg and Lille will meet in the competition this Wednesday.

RB Salzburg have been a side knocking on the door of the knockout rounds of the Champions League for a couple of seasons now, but they may feel as though this could be their best chance yet. Salzburg are in a very competitive group in Group G, but all sides match up equally, which means all of them could stand a chance of reaching the next round. They weren’t able to get off to a winning start in the group, but they would have been happy enough to get their toughest game on paper out of the way. Salzburg were held in Spain by Sevilla in a game riddled with penalties. Luka Sucic scored the first successful spot-kick for Salzburg, before Sevilla equalised with their own 20 minutes later. The Austrian side’s form since that draw has been excellent, winning all three games they have played, scoring 12 goals in the process.

Lille are the top seeds in Group G, having won the Ligue 1 title last season. However, this season has already been a slight struggle for them, as they have struggled to get going. However, recent results have improved, as they have won two of their previous three in the league, with both victories coming in their last two fixtures. Lille will be looking for a first win in the Champions League on Wednesday night, as they were held in their opening fixture in France by Wolfsburg. The 0-0 draw was a tense fixture, but a point wasn’t the worst result for either side.

Salzburg haven’t come up against Lille in a competitive fixture previously. However, they did claim victory in their last match against French opposition, as they beat Marseille in the Europa League back in 2018. Meanwhile, Lille’s away record in the competition isn’t the best, as they have won just once on the road in their last 14.

This will be a close match up in the second round of fixtures in the Champions League. It could go either way, but we expect Salzburg to make home advantage count and remain top of Group G.

Make sure to bet on RB Salzburg vs Lille with 22Bet!