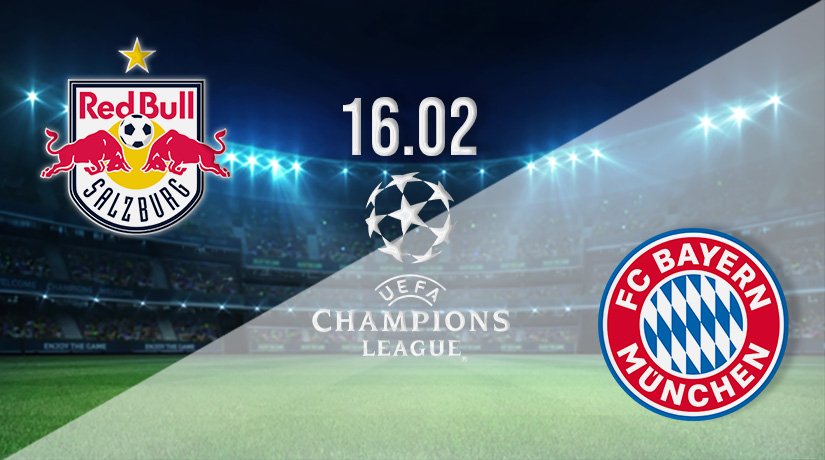 The Bundesliga champions Bayern Munich travel to Austria on Wednesday to face RB Salzburg in the first leg of a round-of-16 Champions League fixture at 21:00GMT.

Will Bayern Munich Bounce Back to Winning Ways in the Champions League after the Surprising Loss at Bochum?

After the surprising 4-2 reverse at VfL Bochum on Saturday, Julian Nagelsmann’s men will be looking to get back to winning ways on Wednesday at the expense of RB Salzburg.

Bayern Munich will also be looking to get the best start possible ahead of the second leg at the Allianz Arena.

Although the Bavarian side are comfortably 6 points atop the Bundesliga, recent results have shown some of their vulnerabilities. In the last five rounds of fixtures in the Bundesliga, Bayern have lost two while winning three.

Nagelsmann will be hoping that such inconsistency does not spill over into their Champions League campaign, especially given it is a knock-out tournament.

Can the Austrian Bundesliga Leaders Cause an Upset against Bayern Munich?

RB Salzburg have a 14-point lead atop the Austrian Bundesliga. They are on a three-match winning run, and they warmed up for the clash with Bayern Munich with a 2-1 win away at Rapid Wien on Friday.

Salzburg will be the underdogs coming up against one of Europe’s giants in Bayern Munich. However, the fact that they have two legs means that they can make the home advantage count on Wednesday to try and get a result before they visit the Allianz Arena.

RB Salzburg will have to contend with one of the best strikers in Europe in Robert Lewandowski and a Bayern side full of internationals in every position.

Therefore, they will need their players to be at the races to stand a chance of frustrating the German giants.

Matthias Jaissle’s side have dominated the Austrian league this season; they are currently 14 points ahead of their nearest challengers Wolfsberg, with three matches remaining of the 22 initial fixtures.

RB Salzburg will be looking to parlay this form at home into their European performances against Bayern Munich in their two round-of-16 legs, with the first coming in Austria on Wednesday.

The Bundesliga leaders have been inconsistent by their own standards. Their last five outings have yielded three wins and two losses. They have amassed nine points in this run while dropping six.

Although they retain a six-point lead at the top of the table, Nagelsmann’s men will be worried that their domestic inconsistency is not carried over into their Champions League form.

Matthias Jaissle’s side have quite a number of long-term absentees. Right-back Albert Vallci is missing with a ruptured Achilles tendon while centre-forward Sekou Koita is recovering from a ruptured cruciate ligament.

Goalkeeper Manuel Neuer will not be available after undergoing knee surgery. Attacking midfielder tested positive for coronavirus on February 9th; he will be a doubt for the match on Wednesday.

Left-back Alphonso Davies is a major doubt with a heart condition since January 12th, whereas central midfielder Leon Goretzka has a hip problem troubling him since December 5th, and will be a doubt for Wednesday.

The forward’s goals, hard running, work ethic, and pace, are crucial tools for Salzburg. He will be central to the attacking play by the Austrian side.

With 26 goals in 22 appearances, Lewandowski is Bayern’s danger-man. He will lead the line against RB Salzburg as Nagelsmann chases a positive first leg result.

Expect Bayern to dominate the patch with incisive possession and robust pressing. RB Salzburg will look to be reactive and attack on the counter.

Bayern Munich will have too much for RB Salzburg, and the Bavarians will take a robust first-leg lead to the Allianz Arena.

Make sure to bet on RB Salzburg vs Bayern with 22Bet!