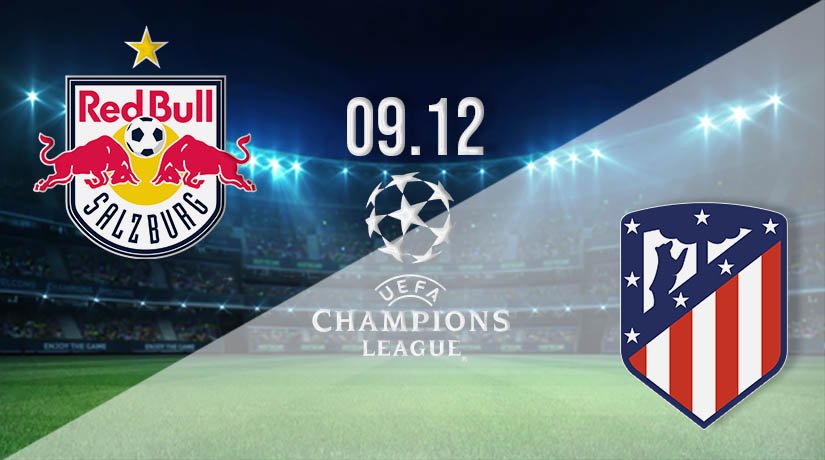 Wednesday evening brings the final round of group matches from this season’s Champions League and it’s also the last time football fans will enjoy UEFA’s premier football competition this year. In this big match preview, our team focus on a Group A battle involving RB Salzburg and Atletico Madrid which kicks off at 20:00 GMT and will be shown live on television.

RB Salzburg enter this match placed third in Group A and staring an eliminating from the tournament. The home team have managed to win just one match so far, drawing one, and losing the other three while scoring three goals but conceding ten. Despite this poor form, they remain in the hunt for qualification, two points behind their opponents in second but only one better than Lokomotiv Moscow who are bottom of the pile.

Salzburg lost three games on the bounce which threatened to end their involvement in the Champions League, but they rescued their chances with a win last time out. That was a timely three points and a result that kept them within touching distance of second place. Beat Madrid on Wednesday and they will progress. It’s as simple as that for the locals.

Atletico Madrid had entered Group A hoping to challenge Bayern Munich for pole position, but the Germans proved too strong and will finish top of the pile. That left Madrid scrambling to secure the runners up place. They start this match with stats reading one win against three draws and one defeat, scoring five goals but conceding eight.

Atletico lost their opening group match but are now unbeaten in four, bouncing back with a win before drawing each of their next three. The away team were last seen in action ending 1-1 at home to Bayern Munich, a result that wrecked their opponent’s proud perfect record in this competition.

With both teams in desperate need of the win, this should be a nervy but fascinating 90 minutes. Salzburg take confidence from that win last time out while their opponents are on an unbeaten run and know another draw may be enough to secure their progress.

Make sure to bet on RB Salzburg vs Atletico Madrid with 22Bet!