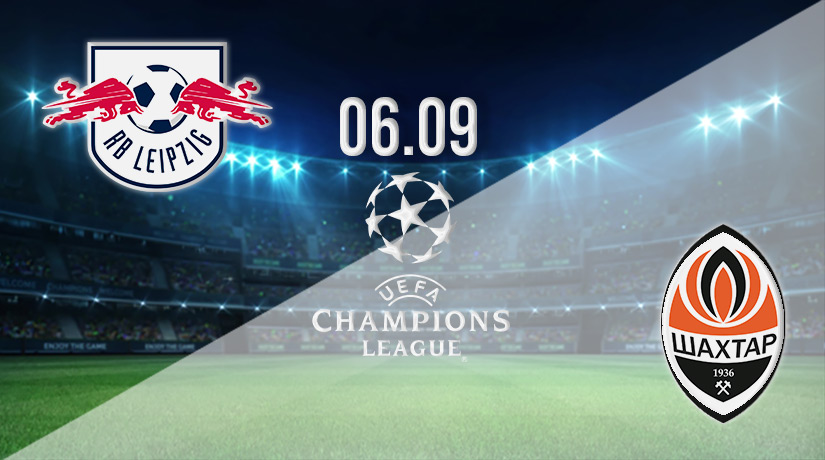 Bundesliga side RB Leipzig will play host to the Ukrainian side Shakhtar Donetsk on Tuesday at the Red Bull Arena at 20:00 GMT for the European club competition’s Group F opener.

Both teams will be looking to take an important step in Group F for getting the points they need. Leipzig will especially need to win the match since they have the home advantage.

Can RB Leipzig Get Off to a Winning Start in the Champions League?

Domenico Tedesco will be looking to return his side to good form when he faces the Ukrainian side Shakhtar on Tuesday. Leipzig have had a torrid start to the season, and have sought to turn it around.

The Champions League offers a welcome change of pace and focus for RB Leipzig payers, and a chance to regain their form, confidence, and performance intensity.

Tedesco will expect his players to perform at the highest level with three points at stake. He will also seek to regain some dynamism to his midfield play, and especially its connection with the attacking players.

Intensity will also be crucial in the match against Shakhtar, which means they will need to perform as a team defensively and offensively to stand a chance of winning this awkward fixture for them.

Can Shakhtar Cause an Upset in Germany against Leipzig?

Roberto De Zerbi will be looking for his Shakhtar side to get off to a winning start by causing an upset against the favorites RB Leipzig at the Red Bull Arena.

The manager will be looking for a typical away performance; the focus will be on solidity and compactness defensively. If they can weather the storm and keep Leipzig out in the early stages, then they will stand a chance of posing an attacking threat of their own.

Shakhtar will look to use wide areas to construct their attacks, while also playing through midfield when they can. Although they will not dominate possession, they look to use transitions to cause harm to Leipzig’s defense.

RB Leipzig started their campaign with consecutive stakemates. The first game, away to VfB Stuttgart, ended in a 1-1 stalemate. Their second match was an exciting 2-2 at home to Koln, with Leipzig ending the match a man down.

Tedesco’s men lost their first match of the Bundesliga season when they went down 2-1 away to Union Berlin. However, the team bounced back to winning ways when they convincingly beat Wolfsburg 2-1 at the Red Bull Arena.

RB Leipzig also beat Teotonia Ottensen 0-8 away from home in the cup. Tedesco will be focused on maintaining the form and confidence of his side, and thus making a winning start to their Champions League campaign.

With three rounds of fixtures in the infancy of the league in Ukraine, Shakhtar have collected seven points out of the available nine.

They opened their season with a goalless draw at home to Metalist 1925. This surprising result, which meant two dropped points, challenged Shakhtar to bounce back to winning ways and assert their quality in the league.

They duly won their following two matches. They first overcame Kryvbas KR in a home match, which ended 1-0 in favor of the home side. They then beat Rukh Vynnyky 1-0 away from home.

These wins have allowed Shakhtar to maintain within touching distance of early league leaders Zorya Luhansk.

Nkunku has scored five goals for his side this term; he has four in four appearances for Leipzig this season, while also scoring a further goal in the DFB-Pokal.

The forward is emerging as one of the most dangerous players in the Bundesliga, with his goal-scoring being the most visible attribute.

However, the Frenchman also provides other crucial aspects to the team, such as creativity, relentless pressing energy, and link-up pay that contest attack to midfield seamlessly.

Nkunku will be an important presence in the Leipzig attack as they seek to make a winning start to their campaign in the Champions League this term.

The 21-year-old Ukrainian striker has made three appearances for Shakhtar this season. Although he has not opened his account yet this term, he has been crucial to Shakhtar’s performances in the league.

The young forward offers pace, energy, relentless runs behind the defenders, and an important connection and understanding with the rest of the team.

Sikan will be crucial for Shakhtar when they face RB Leipzig; he will use his energy, creativity, pressing, and aerial prowess to help his side in this match. This is especially crucial because Shakhtar are not expected to have much of the ball in the match.

RB Leipzig will play on the front foot; they will boss possession and use high-intensity and high-pressing methods to suffocate Shakhtar of the ball and pin them back in their half.

Shakhtar will be pragmatic, solid, and compact in their approach. They will look to make it difficult for RB Leipzig to play their attacking approach by closing down spaces and pressing relentlessly in their half.

RB Leipzig will win this match and get off to a winning start in their Champions League campaign.

Make sure to bet on RB Leipzig vs Shakhtar Donetsk  with 22Bet!