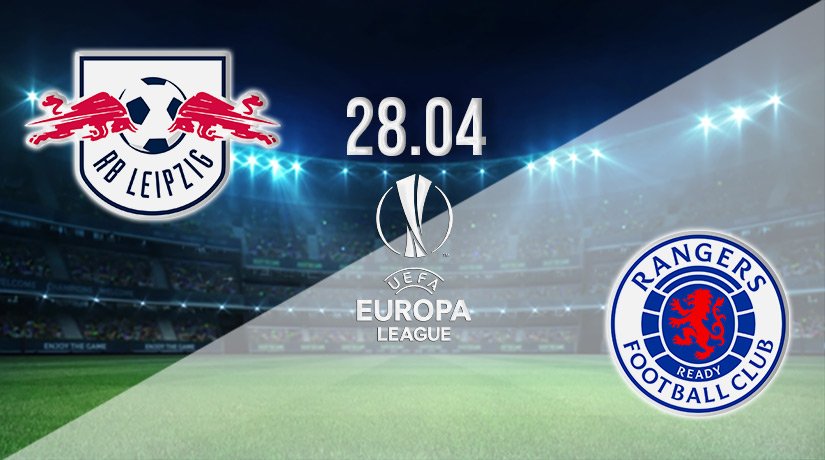 RB Leipzig will be looking to bounce back to winning ways after the disappointing 2-1 defeat at home to Union Berlin on Saturday when they face Scottish Premiership title-chasing Rangers in the first leg of the Europa League final at the Red Bull Arena Leipzig on Thursday at 20:00GMT.

Can RB Leipzig Bounce Back to Winning Ways at Home Against Rangers?

This is the first time that RB Leipzig and Rangers will be meeting each other in Europe. Leipzig will be looking to bounce back from the defeat to Union Berlin on Saturday by taking a robust step towards the final.

With three matches remaining in the Bundesliga, the defeat to Union Berlin exposed reduced their lead ahead of fifth-placed SC Freiburg to two points, which means they cannot afford to drop points in the remaining fixtures, lest they lose out on the top four.

Can Rangers Get a Good Result in Germany Ahead of the Second Leg in Scotland Next Week?

Rangers are six points off leaders Celtic in the fight for the Scottish Premiership title as the season enters the second phase.

With four matches remaining in the season, Rangers have to be flawless and hope Celtic drop points.

However, in the Europa League, their fate is in their hands as they take on RB Leipzig over two legs starting with the first leg at the Red Bull Arena before next week’s second leg at the Ibrox Stadium.

Before the 2-1 reverse against Union Berlin last Saturday, RB Leipzig had won three matches on the trot in the Bundesliga. Leipzig had also been unbeaten in the figure, with four wins and one draw.

In their last six outings in the Bundesliga, Leipzig have collected 13 points, having dropped five points in this run. This is the second-best form behind Bayern Munich’s haul of 16 points from the available 18 in this run.

Rangers warmed up for the first leg of the Europa League semi-final with a 3-1 win away at Motherwell as the second phase of the Scottish Premiership got underway.

Although a title triumph might be beyond them – they are six points behind Celtic with four matches remaining, including the derby against Celtic – their involvement in the title charge will ensure that all players are tuned on for the semi-final.

RB Leipzig will be without center-back Lukas Klostermann for the clash against Rangers; the 25-year-old has been in quarantine since April 18th, 2022, and he is a doubt for the match on Thursday.

Central midfielder Amadou Haidara is also a major doubt for the clash against Rangers on Thursday; the 24-year-old has been missing since March 13th, when he suffered a medial collateral ligament injury.

Rangers will be without center-back Filip Balogun, with the 29-year-old side-lined with a foot injury since April 10th, 2022.

Centre-forward Alfredo Morelos is also a doubt for Rangers in the clash with RB Leipzig as the 23-year-old recovers from thigh problems; he is expected to be back in the fold from June 20th, 2022.

Attacking midfielder Ianis Hagi is also a doubt for the semi-final after undergoing knee surgery on June 24th, 2022.

Central midfielder Nnamdi Ofoborh is also missing from the action with a heart condition.

Nkunku has emerged as one of the most prolific forwards for Leipzig this season. On Thursday, his creative play and goal-scoring will be central to Leipzig’s chances against Rangers.

This season, the wide player has 13 goals and 14 assists in 45 appearances for Rangers. His forward thrust from wide areas will be crucial in bolstering Rangers’ forward threat against RB Leipzig.

RB Leipzig will dominate the match with their patient possession and penetrative passing. Rangers will play with solidity and fast counter-attacks to catch Leipzig off.

RB Leipzig are favored to win the match and take a good result to the Ibrox in the second leg next week.

Make sure to bet on RB Leipzig vs Rangers with 22Bet!