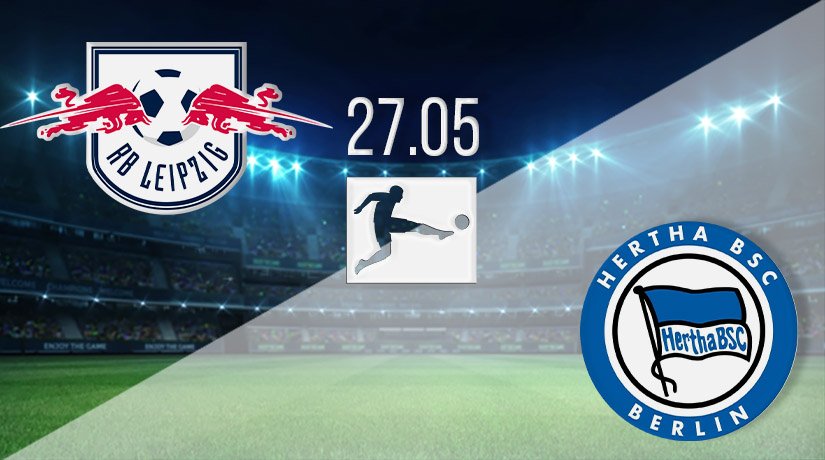 The battle for a place in the Champions League places is heating up, with none of the top four having lost a game in their previous six fixtures. RB Leipzig’s form stepped up again over the weekend, and they will be looking for a second win on the bounce when they host in-form Hertha Berlin on Wednesday.

This season may have played out slightly differently to how RB Leipzig may have been expecting it to. They were in the hunt for the Bundesliga title going into the winter break, but at this stage, they would be happy with consolidating their position in the Champions League. Their game at the weekend was a must-win, and they efficiently got the three points with one of the best attacking performances of the weekend.

Leipzig were ruthless in the final third and were led from the front by the talismanic striker Timo Werner. The German international scored a breathtaking hat-trick for the second time this season against Mainz, as the travelling side completed the double over Mainz. Mainz will certainly be sick of the sight of Leipzig, as they have now lost 8-0 and 5-0 to them this season. As well as Werner’s hat-trick, there were also goals for Yussef Poulson and Marcel Sabitzer.

Hertha Berlin will also come into this fixture in good confidence as they recorded a big win of their own last time out. They flattened their local rivals Union Berlin with a 4-0 success, with  Vedad Ibisevic, Dodi Lukebakio, Matheus Cunha and Dedryck Boyata getting the goals. The victory means that they have won both of their games since the restart, and have scored an impressive seven goals and are yet to concede. The capital club will believe that they could still have an outside chance of finishing in the final Europa League place, but maintaining consistency will be crucial to their chances.

This will be the eighth time that these two sides have squared off, with Leipzig holding the dominant advantage having won on six occasions. Hertha Berlin have won the only other meeting between the two sides. However, Leipzig have won the last four fixtures, and have scored 18 goals in those fixtures.

This should be an entertaining fixture, but Leipzig’s dominance against Hertha is incredibly hard to ignore. They have averaged 4.5 goals per game against Hertha over their last four fixtures, and that would indicate that this could be a big home win.