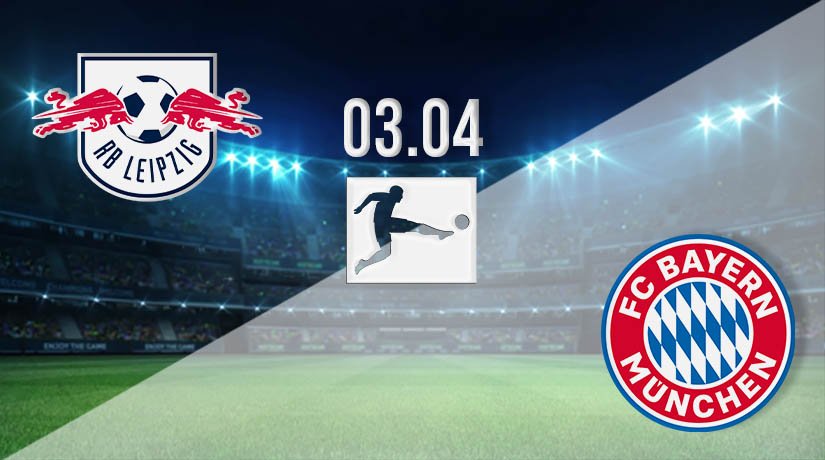 Today we are ready to present a prediction from our German football experts with online sports betting odds, coefficients and more. This is gonna be a hot game with two tough competitors and we can’t stay calm. Let’s get started!

Bundesliga football is back with a bang this weekend with several eye-catching fixtures on the schedule. The main attraction sees RB Leipzig host Bayern Munich from 17:30 GMT on Saturday in a match you can follow live on television. Here is a clash of the top-two teams in the division, but the Bulls must win if they keep their title hopes alive.

This match doubles as a shootout for the Bundesliga title, and that should ensure a substantial audience tunes into the TV coverage. This is the most competitive the Bundesliga has been for years, but there’s still time for a few more twists and turns between now and the final match. Will Leipzig blow the title race open, or can Munich show their class?

Bulls on the title charge

Pundits picked out RB Leipzig as the main danger to Bayern Munich’s dominance of the Bundesliga. The home team have had no problems living up to expectations and enter matchday 27 with stats of 17 wins and six draws against three defeats. The locals have scored 48 goals so far and conceded only 21. They have the best defensive record in the league and have leaked 14 fewer goals than their opponents.

The Bulls are the form team in the Bundesliga at the minute, taking 13 of the last 15 points available to them. They prepare for this match on the back of a confidence-boosting win, and the international break would have allowed members of the squad to recharge and reflect on what they have achieved so far. If they can take three points from this match, they will have a great chance of winning the title.

Munich must call on winning experience

This situation may be exciting for their opponents, but it’s nothing new to Bayern Munich as they have found themselves top of the league and fighting off the competition for most of the last decade. Fans of the away team will hope to see their side use that experience to grind out a vital win and collect three points that would edge them closer to retaining their prize. This could be the last big hurdle for Bayern Munich.

The visitors have won 19, drawn four and lost three games to date, scoring 78 and conceding 35. They have the best attack in the competition but have been uncharacteristically fragile in defence at times this season. That’s something the coaching staff must improve on before this road trip. Bayern arrives on the back of four wins in their last four games. Will they make it five?

There is everything to play for here, and both teams enter on the back of an unbeaten run of form. RB Leipzig knows if they lose at home to Bayern, they can kiss goodbye to the Bundesliga title. Bayern Munich knows defeat here would place the league on a knife-edge in the last few weeks. They’ll be eager to avoid that at all costs.

Make sure to bet on RB Leipzig vs Bayern Munich with 22Bet!