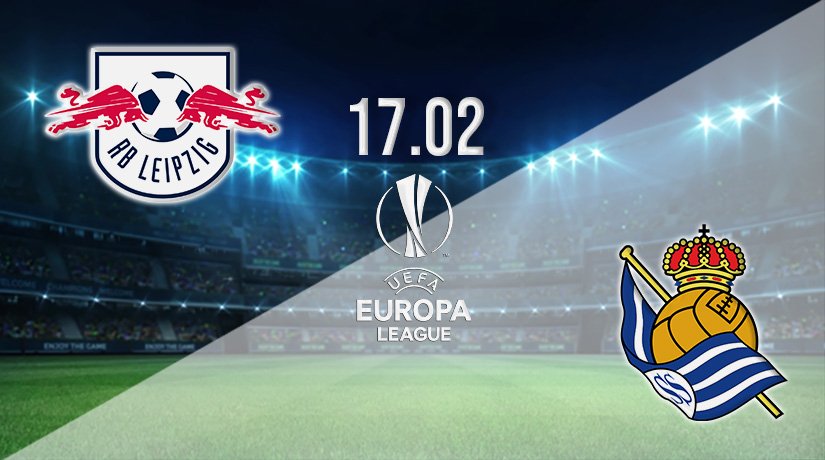 Eight games are scheduled to be played in the Europa League Round of 32 on Thursday, with each match shown live on television. Some of the biggest names in European football are involved following their relegation from the Champions League due to a third-place finish in the group. You’ll see the likes of Barcelona, Zenit, and Atalanta in action, but the fixture we will focus on in this preview comes from Germany. RB Leipzig hosts Real Sociedad in a Bundesliga vs La Liga game that will attract a global audience and is sure to provide viewers with an entertaining 90 minutes. But which team will come out on top after this first leg?

RB Leipzig is at home but won’t have a capacity crowd to roar them on due to restrictions on large public gatherings in Germany. This is a COVID measure that remains in place in the nation, and that also affects the number of supporters that will be permitted entry to the stadium. It is hoped the reduced crowd size and lack of atmosphere won’t have too big an impact on this game, but both teams have quality and experienced players to deal with it. RB will plan to get a lead in Germany before heading to Spain for the return leg next week.

When researching the stats attached to this fixture, we note with interest that RB Leipzig and Real Sociedad have never met in competitive action. That means, as well as the first-leg advantage, there is also a small piece of footballing history on the line here, but which side will seize the moment and collect a win? Read on as our team of football writers preview the match, pick out any stats and trends worth knowing and make our final predictions on how the first leg should play out.

Bulls looking to bounce back

RB Leipzig started this season in the Champions League, rubbing shoulders with Europe’s elite. It’s a competition few would have expected them to win, which was a strong prediction, and the Bundesliga side dropped out after just six games, ending third in their pool. The Bulls finished Group A behind Manchester City and PSG, two giants of the tournament who are more than good enough to go on and lift the trophy. RB ended with two wins, a draw and three defeats with the seven points gained, leaving them four behind PSG and three better than bottom side Club Bruges.

RB Leipzig got off to a slow start in that group but finished with a flurry, taking seven of the last nine points available to them. It wasn’t near enough to catch the Parisians in second, but it will give the Germans confidence as they pick up their Europa League adventure. They were unlucky with the Champions League draw placing them into a difficult group, and this side will have no issues taking it on the chin. If RB Leipzig were to go on and win the Europa League and secure their position in the Champions League next season, it wouldn’t rate as a shock to many football fans.

Leipzig warmed up for this game with an eye-catching 3-1 win over Koln at home in the Bundesliga. It was a game pundits picked them to win, and the players lived up to those expectations without any fuss. They have now played twice this month already in the German league and have found the net five times, following a 3-2 defeat at Bayern Munich with that 3-1 home win over Koln. It’s worth noting that Nkunku scored in each of those matches.

Sociedad snuck through in second

Real Sociedad are hoping to carry on La Liga’s reputation of producing Europa League winners, but they remain in the competition due to a runners up finish in their section. Sociedad ended second behind Monaco in Group B, with the French Ligue 1 side winning the pool with ease. Monaco finished unbeaten in three wins and three draws, giving them a dozen points. Real Sociedad ended on nine, which was only one point more than PSV Eindhoven. It was a little too close for comfort, but they remain in the running and know this is the stage when things start to get serious.

Sociedad posted group results of two wins, three draws and a loss, scoring nine goals but conceding six. They were consistent throughout the campaign, holding their own in matches but suffered from an inability to finish teams off, ending with too many draws. Sociedad did grab a win in their last match to help see off the attention of PSV but know much better is expected of them here if they are to keep their Europa League dreams alive and kicking.

Sociedad warmed up for this match with a 2-0 win over Granada in the La Liga on Sunday. They used the home advantage well that day and took the lead in the first half thanks to a penalty scored by Oyarzabal on 37 minutes. A second from Rafinha with 74 minutes on the clock made sure of the points while adding confidence to the ranks ahead of this midweek trip to Germany. Sociedad has now kept a clean sheet in each of their last two games, and that sturdy defence will be required again on Thursday evening if they are to get any joy.

The Germans know going to Spain and having to win would be a big ask, so they want to get the job done on their patch and put the tie to bed as soon as possible. RB Leipzig has the quality to achieve that but must be at their best.

Real Sociedad aims to grab an away win but would be content with a score draw or a narrow defeat, as long as they can find the net. The visitors know this tie must remain live before heading back to Spain in a week’s time.

Make sure to bet on RB Leipzig v Real Sociedad with 22Bet!