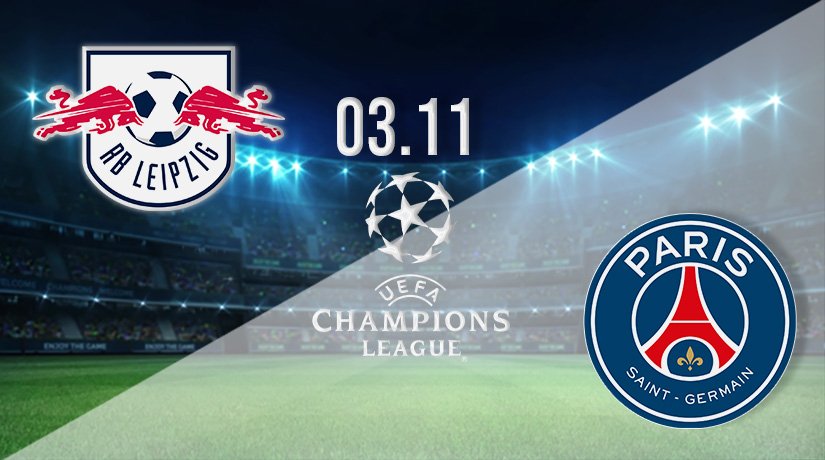 Armchair football fans have another hectic week ahead with games from the UEFA Champions League played on Tuesday and Wednesday before the Europa League, and Europa Conference League take centre stage on Thursday. It’s round four of the groups, and with many pools competitive and shaping up for a gripping climax, wins recorded here could prove crucial. In Group A, current leaders PSG travel to Germany where they face German Bundesliga side, RB Leipzig.

This is top versus bottom, and most pundits expect the game to follow the stats and produce another crucial three points for the Parisians. As any follower of this competition already knows, nothing can be taken for granted, and it’s dangerous to write off any team in the Champions League. They are all here on merit and all capable of beating each other when at their best, one of the reasons why this tournament is so popular worldwide.

The stats show RB Leipzig and PSG have met four times previously, with PSG enjoying the bulk of success. They have three wins, with the Bulls charging to one victory. The most recent clash produced a stunning 3-2 win for PSG in Paris last month, with the opening goal scored by Mbappe with Lionel Messi hitting a double. Neutrals hope this return produces the same passion and excitement as the first game.

Bulls are bottom of the pool

RB Leipzig fans appreciated that their team had a big task ahead of them in getting out of this group but hoped they would put pressure on the leading sides for a top-two finish with a Europa League slot being the least they expected. Things haven’t gone to plan so far, and after three games, they are stuck to the bottom of the pool without a point on the board. RB Leipzig has played three and lost three, scoring six goals but conceding 11. When looking closer at their stats, we see the Bulls have conceded as many goals as any other team in the competition, with Malmo also on 11.

The home team played their last match in this competition against PSG, and despite playing well, they returned to Germany without any points to show for their efforts. The Bulls pushed the superstars of PSG hard on their own patch, scoring through Andre Silva and Mukiele, but the defence was no match for the riches of PSG’s attack. Mbappe hit the opening goal inside nine minutes with summer signing Messi getting two in the second half, including a penalty on 74 minutes to nick the points to deny the Bulls.

Since losing to PSG, we’ve seen RB Leipzig in action three times, twice in the league and once in the German Cup. The spare was a 1-0 DFB Cup win over SV Babelsberg 03 thanks to a goal scored by Szoboszlai on the stroke of halftime. They hammered SpVgg Greuther Furth at home in the Bundesliga and were last seen drawing 1-1 away to Eintracht Frankfurt on Saturday. Poulsen gave RB the lead on 35 minutes, but Silva Melo hit an equaliser in stoppage time to snatch a point in what was a real hammer blow for the Bulls.

PSG enter round four sitting in pole position in Group A, having claimed seven of the first nine points that have been available to them. They opened their account with a rather disappointing draw against Club Bruges, a team they were hot favourites to win, but had no problems bouncing back. The French Ligue 1 side responded with back to back victories over Manchester City and bottom club RB Leipzig. The visitors hope to maintain their unbeaten record, knowing a win would see them through to the next round.

The French side were held to a 1-1 draw away to Club Bruges in the opening game, despite Herrera firing them into an early lead. When coasting to a win and waiting for the second goal, Bruges ripped up the script when drawing level thanks to a strike from Vanaken on 27 minutes. Despite having much of the match and plenty of chances to get the winner and the three points, PSG were held, much to the frustration of fans. Better was needed, and better was expected from a fanbase with dreams of winning the Champions League.

PSG were in action in Ligue 1 at the weekend when snatching a crucial 2-1 win over Lille in Paris. Lille took the lead through David in the first half, but PSG battled back. They drew level on 74 minutes thanks to Marquinhos before winning the game with a strike from Di Maria on 88 minutes. It was a last-gasp winner, but one PSG deserved. They now head to Germany in high spirits, aiming to keep the wins coming.

RB Leipzig may be bottom of the pile and up against the team sitting top, but they benefit from the home advantage and will rate their chances of causing an upset. The Bulls aren’t the worst team in this pool but have certainly been playing like it so far. The locals know where they stand. Anything less than three points would push them out of the running for a top-two finish. This is an all or nothing affair.

PSG are in complete control and deserve to be. They beat Man City in a crucial match and have won their last two, including that win in France over the Germans last time. Another three points on the board would cement their place in the next round and would allow them to begin planning for knockout football. The first goal in this game will be crucial, and if PSG can get it, they will be in complete control.

The pre-match betting on this game available to registered 22bet members has RB Leipzig as 3.184 second favourites with PSG trading at 2.085 and the draw an option at 3.86.

Make sure to bet on RB Leipzig v PSG with 22Bet!