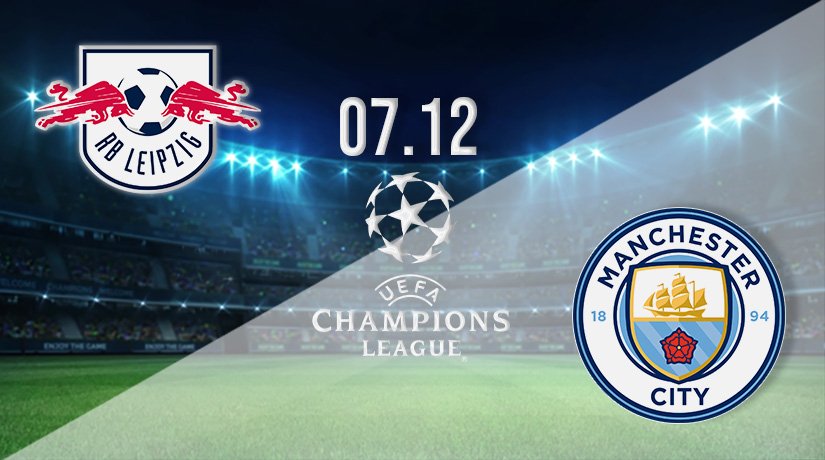 Midweek brings the sixth and final round of this season’s Champions League group games and the final round of matches from UEFA’s top competition this year. With major places in many of the groups still undecided, followers of the beautiful game have some exciting matches to look forward to, including the one in Germany on Tuesday where Bundesliga big guns RB Leipzig take on English Premier League champions Manchester City.

The home team are already out of the competition and will finish behind runaway leaders PSG and Man City. The Bulls are locked in a battle with Club Bruges for third place and a spot in the Europa League.

It’s not what they had planned ahead of match one, but in the summer, but RB Leipzig know the pressure is now on to save that Europa League spot. Man City are top of Group A and now can’t be caught, meaning Pep Guardiola may rotate his squad a little, giving fringe players game time.

RB Leipzig and Manchester City have met only once before in competitive action with that game played earlier in this campaign in England. It was a match the Cityzens won at a canter with the final score reading 6-3.

It was a classic, and although Man City have nothing to play for here, armchair fans hope the teams serve up another high scoring 90 minutes.

The Bulls are unbeaten in two

Group A looked certain to go right down to the wire with RB Leipzig, Man City and PSG battling for supremacy. With three teams trying to squeeze into two slots, securing a place in the knockout rounds of the Champions League in 2022, a competitive six matches were expected, but things didn’t go according to plan.

One team had to miss out, and it was the Bulls who rolled over, losing their claim to the Champions League trophy without putting up too much of a fight. It became obvious from early in the group that Man City and PSG would be left to decide the order of first and second.

Entering the final round of matches, RB Leipzig is third in the pool and can go no higher, regardless of their result in this match. RB enter with stats of one win, one draw and three defeats, scoring 13 goals but conceding 13.

The home team is the second-highest scorers in the league behind Man City – suggesting this should be an entertaining match – but they have conceded at least five goals more than either of the two teams above.

They have certainly proven themselves to be an exciting addition to the tournament, but RB’s form reminds us that a strong defence is just as important as a good attack. Despite their patchy form, the Germans are unbeaten in their last two games, claiming four of the last six points available to them.

They drew with PSG in their penultimate game before hammering Club Bruges 5-0 away from home last time out. Confidence is returning to the squad, and they’ll be eager to go out with a bang, securing Europa League football in the process.

Cityzens are home and hosed

Manchester City started as one of the hot favourites to win the Champions League outright, going one better than last season. The Cityzens have never been crowned champions of Europe, and they came close last spring when losing to fellow Premier League side Chelsea in the final.

The other team that was heavily supported by the pundits who were making their predictions back in pre-season was PSG, so City has drawn first blood. Winning the group doesn’t mean Man City will win the Champions League, but they have got one over on PSG early, sending out a statement of intent to the rest of the competition. They mean business.

City has played five, won four and lost one game so far, scoring 17 goals and conceding eight. When taking a closer look at those numbers, we note that City has the second-highest number of goals for at this stage, bettered only by Bayern Munich’s 19.

The Premier League champions have conceded more goals than two clubs ranked bottom of their pool. It’s a familiar problem for a club that adopts a “score one more than you” approach. Pep will be aware of the need for his defence to tighten up.

Since losing to PSG on week two, Man City have won all three games and were last seen beating PSG 2-1 at the Etihad Stadium in November to secure pole position. Since slapping down the French giants, Man City have beaten West Ham 2-1, Aston Villa by the same scoreline and eased past Watford at the weekend, running out 3-1 victors in London.

In their two previous games this month, Man City have scored five goals, with Bernardo Silva snatching three of them.

Man City have nothing to play for here, and that may show in the team selection and the way they set up in Germany. They have won the group and already dropped the unbeaten record, so this is likely to be a game where City simply run down the clock.

They won’t want to lose the match and prove they have the beating of RB Leipzig, but defeat wouldn’t cause anyone at the club to lose any sleep.

This is a huge match for the home team, and the three points available means much more to them than their opponents. If they win the game, they will secure third place and Europa League football, regardless of what Bruges do against PSG, who also have nothing to play for on Tuesday.

RB Leipzig fans will be watching this match, but they’ll also have one eye on the score from the Bruges game, and it could be a dramatic evening.

Make sure to bet on RB Leipzig v Man City with 22Bet!