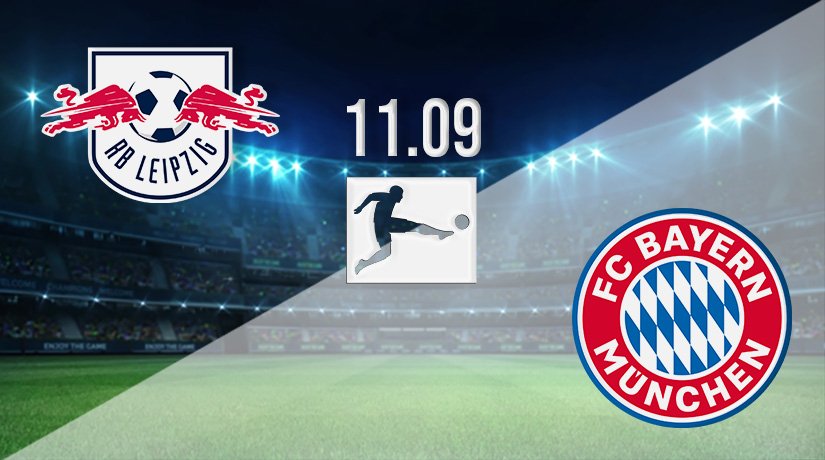 The International break is over following a week of World Cup qualifiers. Lovers of the beautiful game welcome back club football with open arms. Matches go ahead in the English Premier League, Spanish La Liga, Italian Serie A and the German Bundesliga and our team of football writers cover the biggest and best matches. On this page, we shine the spotlight on a match from the top level of German football where title contenders RB Leipzig and Bayern Munich face off from 17:30 GMT on Saturday.

RB Leipzig has failed to live up to expectations in recent seasons, with fans predicting they would push Bayern Munich hard for the title. Will this campaign be any different? The home team hope so and aim to send out a message of intent by beating the champions and showing they have what it takes to take the title from them. The league trophy won’t be won or lost in 90 minutes that await us here, but an away win would help Bayern Munich show why they are champions and why they are favourites to retain their crown.

The most recent game involving RB Leipzig and Bayern Munich at this venue produced a tense 1-0 away win for the champions who nicked the points that day thanks to a goal scored by Goretzka, who found the net on 38 minutes. RB Leipzig hasn’t beaten Bayern Munich since 2018, a run of eight games. Followers of the trends making their predictions on this match may be interested to know three of the last four games have ended in a draw. Will we see another level finish on Saturday?

Bulls are off to a slow start

RB Leipzig got their campaign off to a slow start and have bagged just three of the nine points available to them. That shaky run of form means the Bulls are already six points off the pace set by early leaders Wolfsburg, who are the only side in the top tier of German football with a 100% record. RB fans will feel let down by their team in the opening exchanges but know time is on their side, and there’s still plenty of football to be played over the season. It does ramp up the pressure in this match.

This is a crucial game for RB Leipzig despite it being round four of the campaign. Win at home against the defending champions, and their title charge will be firmly back on track, but if they were to lose three of their first four games, they would slip further down the pecking order and further off the early pace. Those camped inside the home dressing room and the majority of fans at the stadium understand the importance of getting something from this match. The result is far more important than the performance for Leipzig.

The locals opened the season with a 1-0 defeat away to Mainz. That was a match they were expected to win, but the Bulls bounced back to grab victory on their home league debut, dishing out a 4-0 beating to Stuttgart. RB showed just what they are capable of that day but slipped to a 1-0 loss at Wolfsburg last time out. Roussillon got the goal that day when finding the net early in the second half.

Bayern Munich has a stranglehold over German football and is expected to tighten it again this season. FCB have dominated the Bundesliga in recent seasons, and the pundits have them picked to add another league title to their haul at the conclusion of the 2021/22 season, while fans hope to see the side improve in Europe. Followers of Munich would love to see them do the double, winning the Bundesliga and the Champions League. They certainly have the players and experience to achieve that.

The visitors arrive in town with a proud unbeaten record after three league games, collecting seven of the nine points that have been available to them so far. They are ranked third in the table with their form reading draw, win, win, scoring nine goals and conceding three. Munich started the defence of their title with a 1-1 draw away to Borussia Monchengladbach. FCB looked off the pace that day, creating chances but lacking the ruthlessness in front of goal to turn possession into points. Plea broke the deadlock on 10 minutes, with Munich needing a strike from Lewandowski on 42 to get level.

Since dropping two points on the road, we have seen Bayern beat FC Koln 3-2 at home in the league before hammering Bremer SV 12-0 in the German DFB Cup. Choupo-Moting scored an incredible four goals in that match. Munich was last seen in action beating Hertha Berlin 5-0 at home before the international break. Lewandowski scored a hattrick, with the other strikes coming from Muller and Musiala. Bayern is looking like their old selves in front of goal.

All the pressure is on the home team to get at least a point from this match as another defeat would be a massive blow to their chances of challenging for the title. It’s still very early in the campaign, but three losses from their first four games would be a poor return and isn’t the kind of form you would expect from a side challenging for the Bundesliga trophy. Serious improvement is needed if the Bulls are to stop the rot and win this game.

Bayern Munich will be encouraged by the form of their opponents and the fact they know the hosts are under pressure to win. The longer they can keep the Bulls from scoring, the more frustrated the fans will be, and that will begin to filter down onto the pitch and into the minds of the players. Munich can concentrate on their own game, and that’s a luxury they don’t enjoy all that often in this competition.

The pre-match betting odds available at 22bet on this game have RB Leipzig trading at 3.096 to win with Bayern Munich 2.11 and the draw 3.9.

Make sure to bet on RB Leipzig v Bayern Munich with 22Bet!