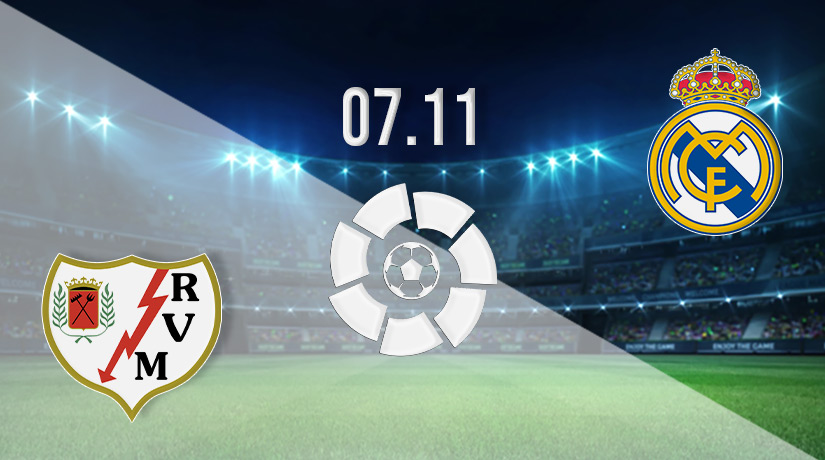 After last week’s surprising 1-1 draw at home to Girona, Real Madrid will be looking to bounce back to winning ways when they travel to the Estadio de Vallecas to face Rayo Vallecano on Monday night with kick-off slated for 21:00 GMT.

Can Rayo Vallecano Extend their Winning Run in La Liga to Three on the Trot and their Unbeaten Run to Five?

Rayo Vallecano are on a four-match unbeaten run in La Liga. Andoni Iraola and his men will be looking to make a huge statement of intent when they take on the La Liga champions on Monday night.

The focus will be the team performance. Against Madrid and the quality they possess, Iraola will focus on solidity in their performance to make it harder for Madrid to find spaces between the lines and behind the defence to create chances.

At the same time, Iraola will set his Vallecano charges up to leverage some of the gapes behind the Real Madrid fullbacks and pose a threat on the counter-attack.

Can Madrid Bounce Back to Winning Tendencies Against Rayo?

Carlo Ancelotti’s side lead Barcelona in the fight for La Liga by a solitary point. Given Barcelona play at home to Almeria on Saturday, chances are that Los Blancos will start second on the table when they take on Vallecano on Monday.

The Champions will look to respond aggressively and purposefully with a brilliant display away from home and taking the three points on offer.

Ancelotti will focus on ensuring that the balance between attack and defence is maintained and that the Real Madrid midfield can control the tempo of the match, make openings, and create goal-scoring opportunities for attackers.

They have scored 17 times in the league this season while conceding 14 goals. They have collected 18 points out of the available 36. They currently sit 9th on the table, 14 points behind their opponents on Monday night Real Madrid.

In their last five fixtures, Rayo Vallecano have won twice, drawn twice, and lost once. They are also on a four-match unbeaten run in the league, including two wins in their last two outings.

Still unbeaten after 12 rounds of La Liga fixtures, Real Madrid have started the defence of their title well. They have won 10 times and drawn twice.

Los Blancos have scored a league-high 29 goals while conceding 10 in the process. They have collected 32 points out of the available 36. They currently sit at the top of the La Liga table, a point ahead of second-placed Barcelona.

In their last five outings in the league, Ancelotti’s charges have won four times and drawn once. They have collected 13 points and dropped 2 in the process.

The 21-year-old Spanish professional will lead the line for Rayo Vallecano when they face Real Madrid on Monday night.

Vinicius is Real Madrid’s top scorer so far this season with 10 goals and four assists in 18 appearances for the champions.

The 22-year-old Brazilian international is a crucial asset for Real Madrid’s attacking third. His pace, dribbling, and movement are important in creating chances and he can arrive in the box to finish off chances as well.

Rayo Vallecano will go for a disciplined and pragmatic approach to the match. They will defend deep and with numbers while posing an attacking threat on the counter-attack.

Real Madrid will dominate the match through heavy possession and dictating the tempo of the match from midfield. They will use their pace, passing, and quality to break Vallecano down.

Real Madrid will have too much for Vallecano; Ancelotti’s charges will win the match and take the three points.

Make sure to bet on Rayo Vallecano vs Real Madrid with 22Bet!