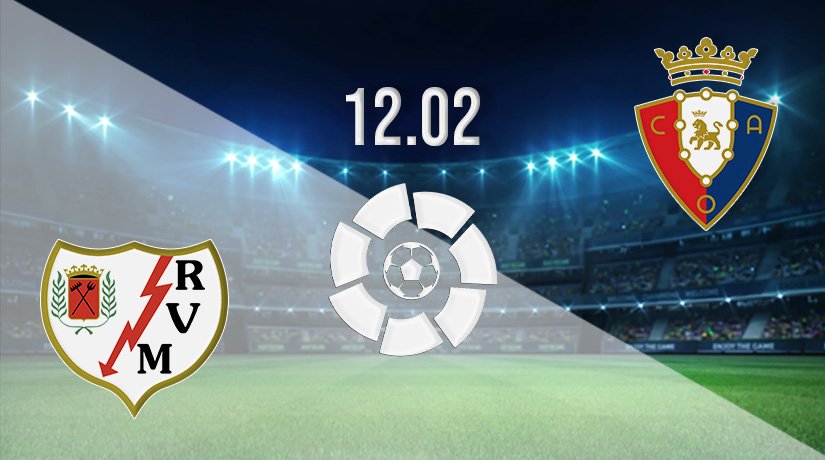 Rayo Vallecano have hopes of finishing in a European place this season, but will have a fight on their hands given the recent form they have been in. Osasuna are the visitors to the Estadio de Vallecas on Saturday evening, as they look to maintain their decent run of form in La Liga.

There is a really open feel to the game that is taking place at the Estadio de Vallecas on Saturday evening, as both Rayo Vallecano and Osasuna will be confident of getting the win when they clash in the Spanish top-flight.

Vallecano are the side coming into this fixture out of form, as they haven’t been able to pick up a victory in their previous four attempts. That run of form has seen them drop to ninth in the La Liga standings, and they could drop further if results go against them this weekend.

Vallecano have lost three of their last four games in the Spanish top-flight, and are now four points off the Europa League places and seven off the Champions League spots. They were beaten 2-0 by Celta Vigo in their last fixture in La Liga last weekend, as they failed to register a single shot on target.

Osasuna are one of a number of teams that could overtake Vallecano in the league standings this weekend, as they are just two points behind their rivals. They come into this game on the road having suffered just one defeat in their last four, and have picked up two wins during the same run.

However, they were held in their latest fixture in the league, as they could only play out a 0-0 draw against Sevilla. But, that would have likely been seen as a positive result given the league position that their rivals are currently in. They will need to play more on the front-foot this weekend.

Osasuna has a positive recent record against Vallecano, as they have claimed victories in three of the last five matches between the sides. They also picked up a win in the last match between the sides, as they won 1-0 in November. However, Vallecano have won two of the previous three home games that they have played.

Cases can be made for both Osasuna and Ray Vallecano this weekend. However, we are leaning towards the away side, who have been far more effective over recent weeks in La Liga.

Make sure to bet on Rayo Vallecano vs Osasuna with 22Bet!