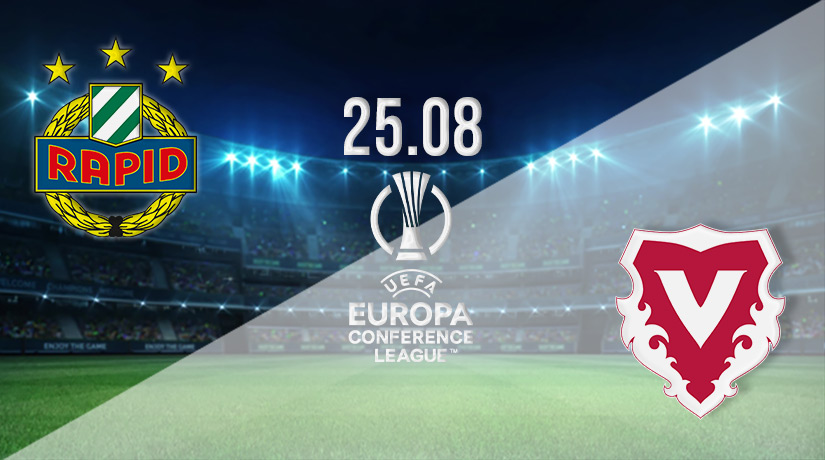 Rapid Vienna have a challenging game ahead of them on Thursday if they are to book their place in the Europa Conference League group stages this term. The two sides played out an entertaining draw in the first leg between the sides last week, but everything is still to play for this Thursday.

Rapid Vienna put in an excellent showing in European competition last term, as they made it through to the knockout round of the Conference League before being eliminated by Vitesse. They will be keen to make amends for that setback this season, and they have breezed through the early qualifying rounds.

Vienna eliminated Lechia Gdansk in the second round, before needing extra time to eventually see off Neftci in the previous round. This could be another nervy home game for the fans, as there was very little between Vienna and Vaduz in the first leg last week.

Vaduz opened the scoring in the opening fixture between the sides after ten minutes through Dario Ulrich, before Vienna struck back early in the second half through Ferdy Druijs. It’s likely that Vaduz would have been happier with the result last week, but they could have missed an opportunity as they recorded seven shots on target, but were unable to add to the goal that they scored in the opening ten minutes.

Meanwhile, Vienna may have been slightly disappointed with their attacking performance. Despite dominating the possession, they recorded just three shots on goal in the first leg. However, Vaduz will be wary of giving the Austrian side the same number of chances in the second leg, as they could punish them.

These two clubs have only met on one previous occasion, with that meeting being the 1-1 draw between the sides last weekend. However, Vaduz will need to improve their record in Europe, as they have lost three of the ten games that they have played to this point.

There was very little between the sides in the first leg, but it could have been an opportunity missed for Vaduz, as they had no shortage of chances against Vienna. We expect Vienna to make them pay for those missed opportunities in the second leg this week, and we could see the Austrian side winning 2-0.

Make sure to bet on Rapid Vienna vs FC Vaduz with 22Bet!