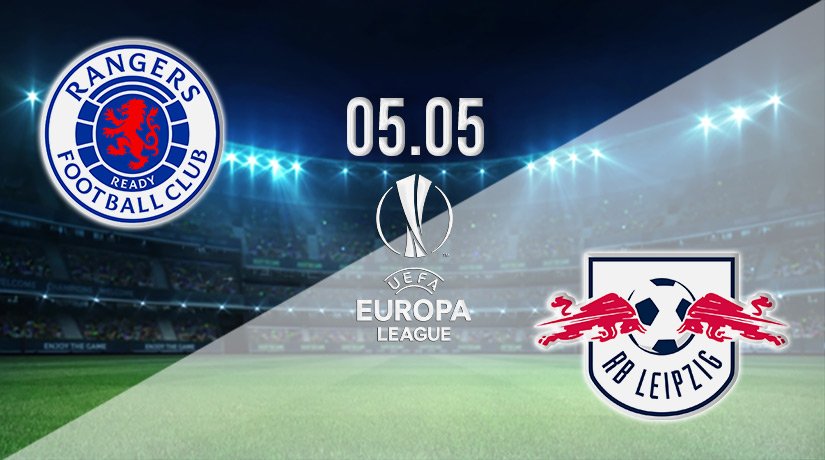 The Ibrox Stadium will be rocking when Rangers welcomes RB Leipzig for the Europa League semi-final second leg tie on Thursday at 20:00GMT, as the home side seek to overhaul a 1-0 deficit from the first leg in Germany in a bid to make it to the finals.

Can Rangers make the Ibrox Stadium Atmosphere Count by Coming Back against RB Leipzig?

The first leg in Germany was the first-ever meeting between Rangers and Leipzig; the second leg at the Ibrox will be their second meeting ever, and the first time they are hosting them.

Rangers will be looking to claw their way back to the tie, which they trail by a solitary goal from the first leg.

Rangers played well in Germany, and only lacked a cutting edge in attacking areas preventing them from getting a reward for their performance.

Can RB Leipzig Hold their Nerve to make it to the Finals?

The challenge for Leipzig will be finding the right balance between attack and defence to ensure they do not relinquish their advantage while bolstering their chances of adding to it.

The Bundesliga side will also have to contend with a raucous Ibrox stadium that is smelling history for their side.

As the league title has probably gone to Celtic, Rangers will look to Europa League as the only chance of making something of this season that started so promisingly.

This will be a massive challenge for RB Leipzig to overcome and they will need to keep their nerve.

Rangers warmed up for the second leg with RB Leipzig in the semi-final with a 1-1 draw against their rivals for the title. This result all but extinguished their chances of winning the title, with Celtic maintaining their six-point lead with three matches remaining.

In their Europa League run, Rangers have won five times, drawn thrice, and lost five times. They have scored 19 goals and conceded 14 in the process.

Leipzig have lost their last two outings in the Bundesliga; these defeats have seen them fall from the top-four, with SC Freiburg leapfrogging them into fourth with two matches remaining in the season.

In their Europa League campaign, RB Leipzig are unbeaten in the five matches they have played since they dropped down from the Champions League. They have won three times while drawing twice.

RB Leipzig have scored nine goals in the process while conceding four. They have averaged 56.8% possession and kept two clean sheets.

The clash will also come too soon for centre-forward Kemar Roofe, with the 29-year-old recovering from a knock; he is expected to be back by May 5th, 2025.

RB Leipzig will be without central midfielder Amadou Haidara, with the 24-year-old recovering from an injury to his medial collateral ligament he suffered on March 31st, 2022.

Haidara has already missed nine matches for Leipzig and is sidelined for the clash with Rangers on Thursday.

Aribo will be tasked with leading the line against RB Leipzig in a match that Rangers will need to score to stand a chance of progressing to the final. Aribo will be a crucial cog for Rangers.

RB Leipzig will be looking to bolster their advantage against Rangers; this can only be achieved by playing on the front foot and attacking Rangers. In this regard, Nkunku will be crucial for Leipzig’s forward threat.

Rangers will look to make a fast start and get the crowd behind the home side. They will play on the front foot with penetrative verticality.

RB Leipzig will seek to ride the early storm and slow the match down, control the tempo, and use their passing to pose an attacking threat.

RB Leipzig are favoured to win this match and progress to the final.

Make sure to bet on Rangers vs RB Leipzig with 22Bet!