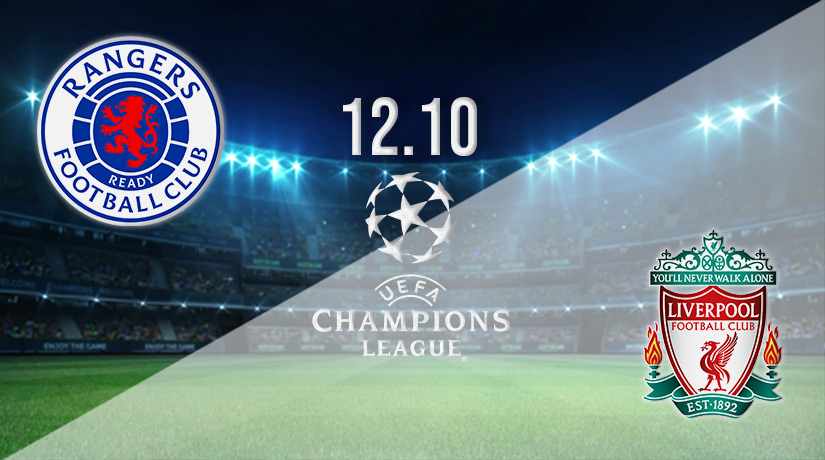 Liverpool will be looking to put the defeat to Arsenal on Sunday behind them when they switch their attention to the Champions League campaign and their second clash with Rangers in a week when they face off at the Ibrox Stadium on Wednesday at 20:00 GMT.

Can Liverpool Make Three Consecutive Wins in Group A?

Jurgen Klopp will be looking to regain Liverpool’s consistency domestically and in Europe.

Fresh from ruling his side out of the Premier League title race, the German tactician will be looking to mastermind a consecutive win over Rangers and potentially seal qualification out of Group A.

The focus for the Reds will be turning around their performance to the high-tempo and high-pressing approach that has been the driving force behind their success in recent seasons.

Klopp will be eager to seal qualification as early as possible to allow him some leeway to rotate his squad during this busy compressed period.

Can Rangers Cause an Upset and Get their First Win in Group A?

Giovanni van Bronckhorst will be looking for solutions to his side’s inability to take any point in Group A after three attempts. He will be looking to bolster his side’s level of performance, intensity, and tempo heading into the clash with Liverpool at Ibrox.

Although Rangers’ chances of qualifying from the group have dimmed after three matches, Bronckhorst will be looking for his side to give the best possible performance on the day and gauge whether it can bring them points on board.

Bronckhorst’s charges will be ready for the fight given the intensity and pace of the game they expect from Klopp’s side on Wednesday.

Rangers are at the basement of Group A after three outings this term. They have lost all three matches they have played, and therefore, have zero points on board.

Even more significant is the fact that they have not scored a single goal in their matches in Group A so far; they have conceded 9 goals in the process, which gives them a negative goal difference (-9).

Giovanni van Bronckhorst will be looking to tighten his side’s defensive shape ahead of the clash with Liverpool. More importantly, he will seek to sharpen his attack to be more of a threat in the Champions League.

Running second in Group A with six points, three points behind leaders Napoli, Liverpool have recovered from their opening loss away to Napoli and have won two consecutive wins.

The reds have two wins and one loss in Group A; they have scored 5 goals while conceding five in the process. However, they conceded 4 of their 5 goals conceded in the 4-1 reverse in Naples.

Klopp’s side have kept a clean sheet once this term, which will be a major focus for the Reds in the remaining three matches, as they seek to seal qualification.

The 29-year-old Croatian international has had a stunning start to the season in the Scottish Premiership; his 10 goals tally in nine appearances is one of the best in the world of football.

Colak has made a compelling case for inclusion in the clash against Liverpool. Given Rangers’ failings in front of goal in the Champions League this term, Colak will be a crucial cog for the team on Wednesday.

The Egyptian’s form this season has dipped, just like the Liverpool squad as a whole. However, the underlying quality remains, and he is likely to explode into life at some point this season and spearhead Liverpool’s ascendance.

Salah will be crucial in the Reds’ trip to the Ibrox, as they look to seal the three important points that will bolster their qualification bid from Group A.

The Ibrox will be rocking with energy and the atmosphere will be electric. Rangers will look to leverage this support by displaying a high-energy and high-tempo performance against Liverpool.

The Reds will look to take the sting out of the game and have a measure of control through possession and territorial dominance.

Liverpool will have too much for Rangers, and they will win the match and take all three points.

Make sure to bet on Barcelona v Inter Milan with 22Bet!