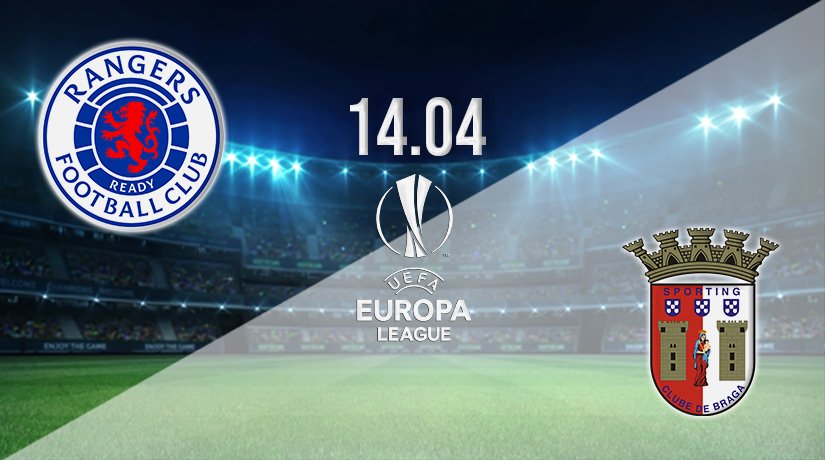 Rangers will need to stage a comeback if they are to continue their fight in the Europa League this season. They come into their second leg against Braga with a 1-0 disadvantage, but a vocal Ibrox will be on hand to give them support this Thursday.

It has been an excellent campaign in the Europa League to this point for Rangers, but they will need another famous performance if they are to make it through to the semi-finals this week. Braga claimed a much-needed advantage from the first leg, as they ran out 1-0 winners in Portugal.

It was a professional performance from the hosts last weekend, as they secured a 1-0 victory. The only goal of the game was scored after 40 minutes, as Abel Ruiz scored five minutes before the break. However, they defended excellently throughout the fixture, as they didn’t allow Rangers to have a single shot on target in the game.

The Gers managed just six shots in total, and dominated the possession throughout. However, they will need to be much more clinical in the second leg and find a way past this competitive Portuguese outfit. They have already shown throughout the competition this season that they are capable of big performances, as they beat Borussia Dortmund and Red Star Belgrade in the previous two rounds.

They have scored five goals in their previous two home fixtures in the Europa League, with three of those coming in a 3-0 success at Ibrox against Belgrade in the round of 16. However, this is a completely different proposition, as they are chasing the tie against Braga this week.

Rangers vs Braga Head to Head

It will be a big night at Ibrox for Rangers, as the Europa League could present them with their best chance of silverware this season. Braga were extremely resolute in the first period, and I believe Gers will need to score an early goal to stand any chance of progression. However, I could see them starting quickly, and winning 2-0.

Make sure to bet on Rangers vs Braga with 22Bet!