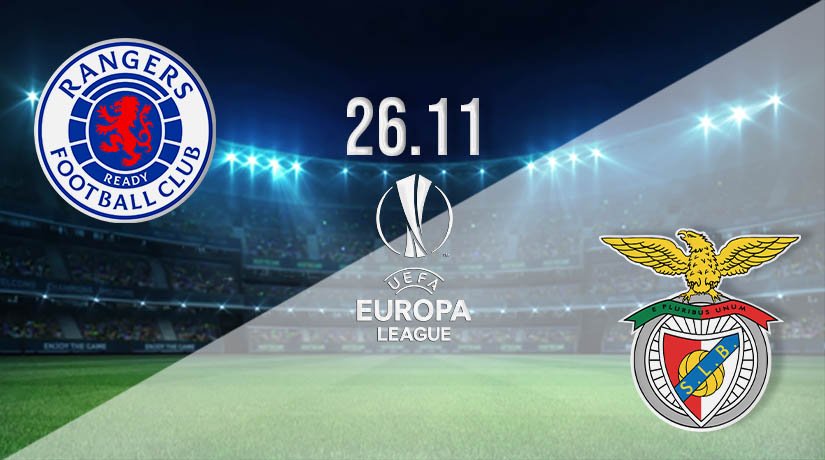 The UEFA Europa League resumes on Thursday evening and followers have some exciting matches to look forward to with the group campaign at a crucial stage. Rangers have a real chance to secure their place in the knockout stages of the tournament when hosting Benfica at Ibrox with the teams joint-top of D.

Rangers are unbeaten in their previous three Europa League games after fighting their way through the playoffs. The Glasgow side sit top of the pile having bagged seven of the nine points available to them. They started with a pair of wins, beating Standard Liege on the road and Lech Poznan in Govan. Rangers then played out a thrilling 3-3 draw in Benfica last time but threw away a two-goal lead to leave with a share.

The light blues have been just as impressive domestically and are top of the Scottish Premiership, enjoying an 11 points gap over nearest rivals and last season’s champions Celtic. Steven Gerrard’s side edged Kilmarnock 1-0 at Rugby Park on the opening day of November before thrashing Hamilton 8-0 at this venue and hammering Aberdeen 4-0 on Sunday.

Benfica must keep their discipline

Benfica are joint-top of the group with seven points collected in their first three but will know they were rather fortunate to avoid defeat when hosting Rangers. They took the lead inside a minute that night but had a player sent off and collapsed, quickly going 3-1 down. Benfica pulled one back to keep things interesting before snatching a late draw in stoppage time.

The visiting side looked to be in control before the sending off and it will be interesting to see how they approach this game. They scored early against Rangers and were passing the ball around with ease, the Scots looking rattled. If they can keep 11 men on the park on Thursday things may be different. An away win would see them go top.

Rangers were left feeling upset with a draw in Benfica and that is testimony to how well they played. Losing a late goal was sloppy but it’s a lesson learned. They’ll want to show they have improved. Benfica are a strong side and more than capable of causing their hosts problems.

Make sure to bet on Rangers vs Benfica with 22Bet!