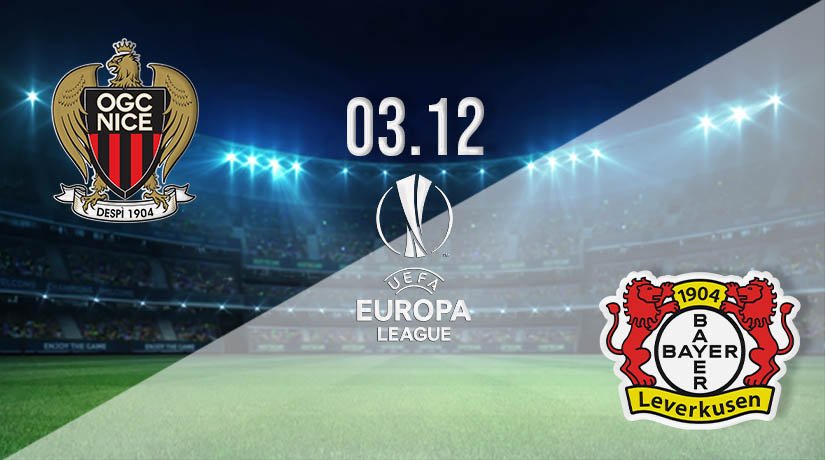 There will be a big game in Group C of the Europa League this week, as Bayer Leverkusen and Nice will be looking to put pressure on Slavia Prague at the top of the group.

Nice would have been considered the favourites to join Bayer Leverkusen in the next round of the Europa League this season. However, they are in danger of going out of the competition this week, as defeat will mean that they will be unable to catch the top two. Nice have won just one of their four games in the competition this season and have lost on three occasions. They have scored just six goals, which is the joint-fewest, while they have conceded 12 goals, which is the most in Group C. They come into this game after back to back defeats against Slavia Prague, and are now six points behind the teams located in first and second of this group. Amine Gouiri levelled the scores in that recent defeat, before late goals in the final half an hour saw Prague run out comfortable 3-1 winners in the end.

Bayer Leverkusen would have been the side that many would have expected to win this group with ease, but they still have work to do if they are to achieve that finish. They are level on points with Prague, but their defeat against the same side on matchday two means that that they need to win both remaining games to ensure a more straightforward passage in the knockout rounds. No side have scored more goals in the Europa League than Leverkusen this season, as they have already hit the back of the net on 14 occasions. Bayer have won their last two games, with these wins coming against Hapoel Be’er Sheva. The most recent of those wins was a 4-1 success.

Kasper Dolberg will be the big injury concern for Nice, as he recovers from COVID-19. Meanwhile, Dante and Hassane Kamara will be unavailable. Paulinho, Sven Bender and Exequiel Palacios will be the key missing players for Leverkusen.

The German side have the momentum coming into this fixture, and they will be looking to confirm their passage through to the next round as soon as possible. They will claim the three points on the road in this fixture.

Make sure to bet on Nice vs Bayer Leverkusen with 22Bet!