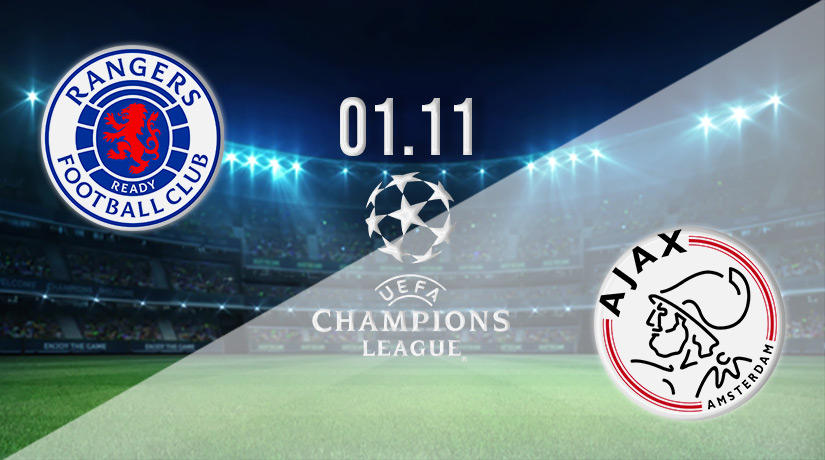 Rangers will host Ajax in a dead rubber Group A match on Tuesday at the Ibrox Stadium, with kick-off slated for 21:00 GMT.

Because of their head-to-head record against Ajax, having lost the first leg, Rangers are confirmed to finish bottom of the table, and Ajax are headed for the Europa League. But Rangers will look to finish the group with at least a point.

Can Rangers Restore Some Pride in the Clash with Ajax?

Giovanni van Bronckhorst’s charges are winless and pointless in Group A. They will be looking to get at least one point or three from matchday 6.

They will look to ride the brilliant atmosphere at the Ibrox to get a good performance against Ajax on Tuesday to stand a better chance of getting something out of the match.

Can Ajax Get their Second Win in Group A?

Ajax will drop to the Europa League after Napoli and Liverpool made it through from Group A.

They will be looking to bolster their confidence in Europe, especially their travels when they face Rangers on Tuesday in front of a raucous Ibrox crowd.

Rangers have lost all five matches in Group A so far this season. They have collected zero points and sit at the bottom of the table.

Giovanni van Bronckhorst’s charges have scored a solitary goal while conceding 19 goals; they have a negative 18-goal difference.

Ajax have won once and lost four times in their opening five outings in Group A. They have three points from the available 15.

Ajax have scored eight times while conceding 15 goals in the run of five matches in the group stage of the Champions League.

The 29-year-old Croat has scored 11 goals in 12 appearances for Rangers this season. He will be instrumental for the Scottish side as they look to get their first point(s) in Group A in the last match.

With Rangers’ fast attacks and vertical passing, Colak will be important in running behind the defense and creating chances.

With eight goals in 11 appearances for Ajax, Brobbey will be the danger man as Ajax look to finish their Group A campaign with a win at the Ibrox.

With his pace and dynamism, he will be charged with the responsibility of leading the line against Rangers on Tuesday.

Rangers seek to get a free and expressive performance in front of the home crowd after a hapless campaign so far this season in the Champions League.

Ajax will look to counter Rangers’ energy by controlling the tempo of the clash with their passing in midfield and building patiently from the back.

Ajax will have too much for Rangers, and they will win and take the three points.

Make sure to bet on Rangers vs Ajax with 22Bet!