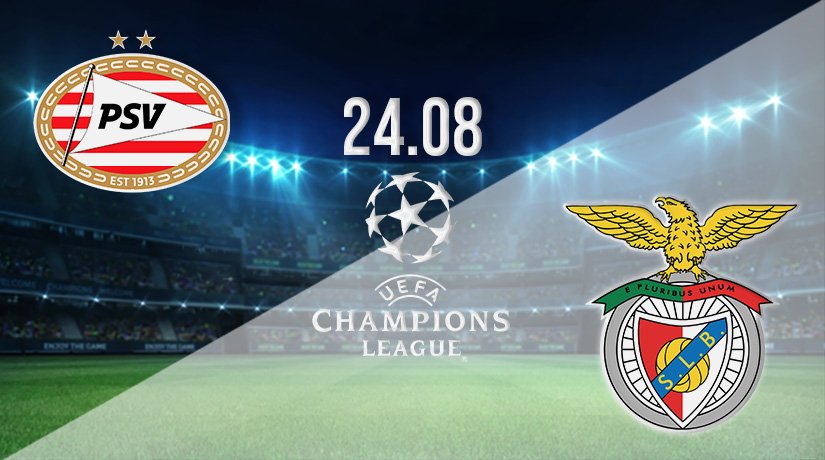 The last round of games before the draw for the Champions League group stages is made are played this coming week. It will be a battle between two previous finalists in the play-off round, as Benfica travel to the Netherlands to take on PSV.

Benfica will feel as though they have one foot in the group stages of the Champions League as they take a narrow first leg advantage to the Netherlands on Tuesday evening. Benfica were excellent in the opening leg of this tie, as their gameplan worked perfectly at home. They sat back and allowed PSV to have the majority of the possession, before taking advantage on the counter-attack. Things looked very good for them after an impressive first half, as they went into the second period with a 2-0 advantage. Rafa Silva opened the scoring after ten minutes, before Julian Weigl doubled their advantage three minutes before the break.

It was a nervy second half for the Portuguese giants, as they allowed the visitors back into the game. Cody Gakpo pulled one back after 51 minutes. Despite the PSV possession, which stood at 61%, they were unable to create many clear opportunities in the second half. They could have counted themselves unlucky not to have taken a point from the fixture, as they finished the match with five shots on target, which was more than the hosts.

They were able to bounce back from that defeat with a very impressive showing in the Eredivisie on Saturday, as they claimed a 4-1 success at home. Davy Propper and the impressive Noni Madueke were among the scorers. They will be hoping that the momentum gained from that league win will be enough to see them through to the Champions League group stages.

Richard Ledezma is a slight injury concern for the hosts this week, while Maximilliano Romero remains out with a knee injury. Experienced defender Jan Vertonghen is missing for Benfica, while Haris Seferovic and Ferro will also not make the trip to the Netherlands.

The absence of experienced players in defence will certainly be a blow for Benfica this week. PSV have been excellent over the early weeks of the season, and there is no denying that they have the quality to score the goals that they need to advance. We would pick the hosts to win and qualify on Tuesday evening.

Make sure to bet on PSV vs Benfica with 22Bet!