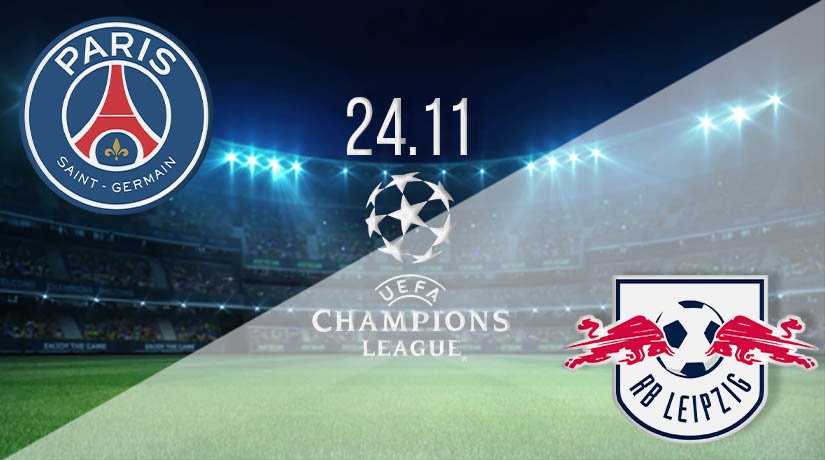 Champions League football returns this midweek and there are some exciting fixtures on the schedule. In this article, our team focus on the match in Paris where French Ligue 1 champions PSG play host to Bundesliga outfit RB Leipzig in Group H.

These sides have met only twice before in competitive action with each side claiming one win each. The first was in this competition back in the summer when PSG eased to a stunning 3-0 victory with goals from Marquinhos, Di Maria, and Bernat. The Bulls got their revenge with a 2-1 group win earlier this month, Nkunku and Forsberg on target.

It hasn’t been the start PSG fans had hoped for and they are currently third in Group H with three points taken from a possible nine. The French side opened with defeat against Manchester United before bouncing back to better Istanbul on matchday two. Another loss followed when last in action, however, ending 2-1 in Germany against RB Leipzig. This is a competitive pool, but PSG know they must bag three points to save their chances of going through.

Things haven’t been too much better domestically for the Ligue 1 champions so far this month. They did hammer Rennes 3-0 at this venue on 7 November but suffered a shock defeat at Monaco last Friday. It was a game they were expected to win but PSG went down 3-2 after having Diallo sent off on 83 minutes. It’s far from a crisis but PSG certainly aren’t performing to their high standards.

RB Leipzig will believe they have the measure of PSG after beating them in Germany and everyone inside the away dressing room know another victory here will put them within touching distance of the next round. The Bulls are second in the group behind Manchester United, level on points with the Red Devils and three better than their hosts.

The Germans have beaten both PSG and Istanbul already but lost to Manchester United. They had to settle for a point when last in German Bundesliga action, fighting out a tense 1-1 draw at Eintracht Frankfurt on Saturday. Leipzig fell behind to a goal from Barkok in that game but managed to get themselves level thanks to a Poulsen goal on 57 minutes.

All the pressure is on PSG here as they know another defeat would leave their hopes hanging in the balance. To be knocked out at the group stages would be a major embarrassment for the French champions. They need to win here at all costs but are good enough to do that.

RB Leipzig will be hoping Man Utd slip-up against Istanbul in the other group match, but their focus will be on doing the double over PSG. There’s confidence in the away dressing room and they will come to target all three points.

Make sure to PSG vs RB Leipzig with 22Bet!