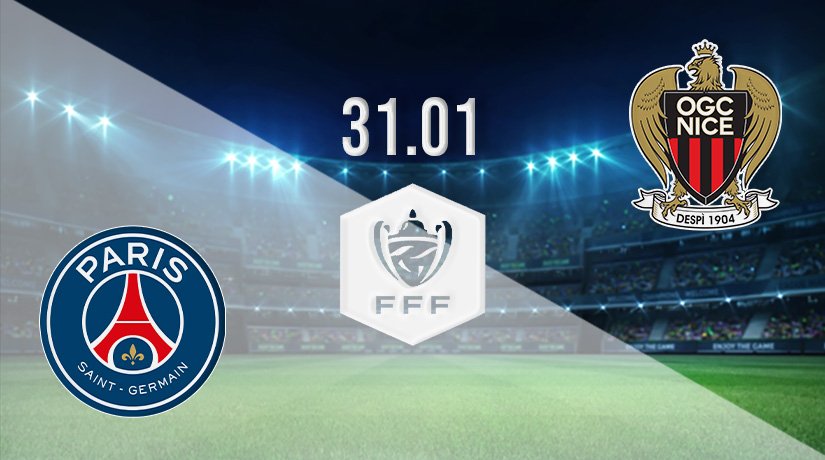 Runaway leaders in the Ligue 1 standings will be looking for a double this season. PSG will certainly be very confident of achieving that feat, as they have been in excellent form domestically so far this term. Nice have also enjoyed a fine season to this point, and are second in the standings.

PSG have been in strong form over recent games, as they have bounced back after drawing two straight matches to win their previous two. It was a very confident performance by the Parisians in their latest win, as they claimed a 4-0 success against Reims.

Sergio Ramos scored his first PSG goal in that win, while there was an extremely rare double for Marco Verratti. They also won 4-0 in the last round of the French Cup against Vannes. Kylian Mbappe scored a hat-trick in that game.

Nice are the closest contenders for the Ligue 1 title this season, as they are second in the standings. However, they are still a massive eleven points behind PSG. They are the form side in the French top-flight though, as they have won their previous five games.

Nice knocked off Metz on their latest outing, winning 2-0 on the road. Khephren Thuram and Amine Gouri scored the goals in that win. They have won the French Cup on three occasions during their history, but will be looking for a first success in the competition since 1994 this term. Nice could have an excellent chance of ending that wait if they knockout PSG on Monday.

PSG vs Nice Head To Head

The head-to-head record doesn’t make for pleasant reading for Nice fans. PSG are unbeaten in their last eight meetings against Nice. However, the last meeting between the sides earlier in the campaign ended a three-game winning run for the Parisians, as the sides played out a 0-0 draw.

PSG have recovered after a little bit of a wobble in recent weeks, while Nice’s form has been exceptionally strong either side of the winter break. This isn’t going to be an easy game, and we could see it going to extra time before PSG edge through with a success in a penalty shootout.