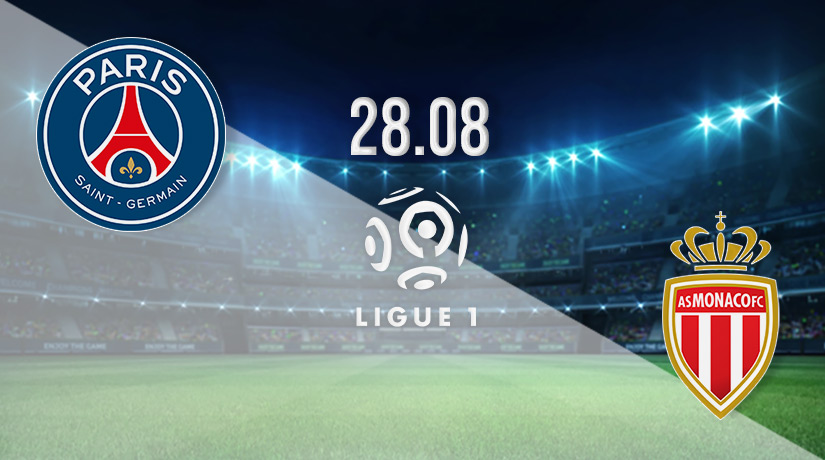 After a perfect start to their season with three wins out of three and sitting at the top of Ligue 1, PSG will host Monaco at the Parc des Princes on Sunday at 19:45GMT.

Monaco will be looking to bounce back from the heavy 4-1 defeat against Lens and to steady their season, which has been a stop-start early on.

Christophe Galtier will be encouraged by PSG’s storming start to the new season and defense of their title.

The focus when they face Monaco will be on maintaining their threat going forward, which has resulted in a whopping 21 goals from their first four matches of the season.

Galtier understands that as long as his attacking is in good form, PSG will have a chance of winning games and taking three points.

However, after conceding three goals in the last two matches against Montpellier and LOSC, Galtier will be working on his structure to tighten the rear guard ahead of the clash with Monaco.

Can Monaco Bounce Back to Winning Ways with an Upset against the Champions?

Monaco have had a bad start to their season; they have collected four points from the available nine. They were also eliminated from the Champions League qualifying third round 4-3 on aggregate by PSV.

Philippe Clement will focus on their leaking defensive set-up, which has seen them concede in their last five competitive matches in Ligue 1 (3) and the UEFA Champions League third qualifying round (2).

Clement will also seek to bolster the work rate, intensity, and energy within the team to enhance their pressing game; this will be important when his men face the quality of PSG at the Parc des Princes.

PSG have had a storming start to the season with three straight victories, plundered 17 goals in Ligue 1, and conceded 3.  They sit at the top of the table, two points ahead of second and third-placed Lens and Marseille respectively.

Galtier also oversaw the lifting of the Trophee des Champions in a 4-0 triumph over Nantes in a curtain raiser for the Ligue 1 season.

The focus of the Parisians will be to continue their good form in Sunday’s clash with Monaco and retain or extend their advantage at the top of Ligue 1.

Philippe Clement’s men have won just once in their last five competitive outings in the UEFA Champions League qualifiers and Ligue 1.

After opening the season with a 2-1 win against Strasbourg, Monaco managed a 1-1 draw against Rennes before losing 1-4 against Lens last Saturday.

In the Champions League qualifier third round against PSV, Monaco held PSV to a 1-1 draw at the Stade Louis II before losing 2-3 away from home and getting eliminated 4-3 on aggregate.

Philippe Clement will be looking to turn around the form of his side when they face arguably the toughest away examination of the season at the Parc des Princes against PSG.

The 30-year-old Brazilian international has had a stellar start to his Ligue 1 campaign; he has scored five goals already in the league while also grabbing two in the Trophee des Champions.

His fine form has benefitted PSG as they have outscored everyone in the league and retained their 100 percent start to the season.

Neymar will be crucial for Galtier and his men as they look to bolster their stranglehold of the top of the Ligue 1 table when facing Monaco on Sunday at the Parc des Princes.

The 25-year-old Switzerland international has already grabbed one goal in three appearances for Monaco this season.

The versatile forward is a crucial cog for Monaco’s attack. Clement has paired Embolo with Ben Yedder in attack this season, and the focus will be on providing Embolo with the support he needs in the final third to be dangerous.

Embolo’s pace will be important for Monaco when they face PSG because they will play mainly on the counter-attack against a team that is expected to dominate the ball.

PSG will dominate the ball and press Monaco across the pitch. They will use the back-three in the patient build-up style favored by Galtier and dominate the midfield areas with win-backs.

Monaco will seek to be compact and deny PSG’s attacking players the space they need to run into and cause problems for the Monaco defense.

Given the potency and form of their attack, PSG are favorites to win the match and take all three points.