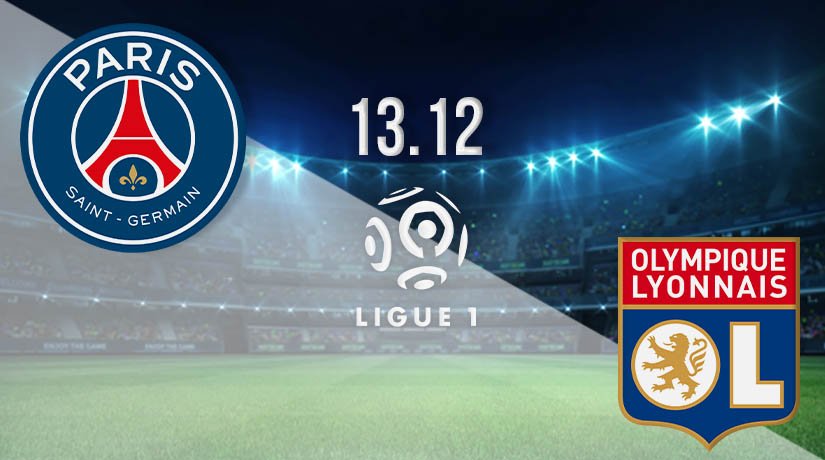 The highlight of a seven-fixture card from the French Ligue 1 on Sunday comes from Paris where league champions PSG host Lyon. This game will be shown live on television from 20:00 GMT and with both clubs battling in the top-three, it should prove extremely popular with lovers of the beautiful game.

PSG back in control

PSG have dominated French football in recent seasons and picked up where they left off by speeding to the top of the league. The home team start the weekend in pole position having won nine games already, drawing one and losing three, scoring 33 goals while conceding nine. The free-scoring locals may have started as strongly as many expected, but they have won just one of their last three.

The Parisians were beaten 3-2 in Monaco and followed that with a disappointing draw at this venue against Bordeaux in their final game of November. They were able to start December in better fashion and were last seen beating Montpellier 3-1 on their travels thanks to goals from Dagba, Kean, and Mbappe.

Lyon start the week in third place and have set themselves up as genuine challengers for the title. Lyon fans believe their side has what it takes to win Ligue 1, but critics will also be forced to respect their chances if the visitors leave Paris with all three points. A win here would send out a statement of intent to their rivals.

Lyon arrive in town with stats of seven wins and five draws against one defeat with 24 goals scored and 11 conceded. They have 26 points on the board which has them level with Lille in second, two behind PSG but also only two better than Marseille in fourth. The division is looking competitive at this stage and that’s great news for lovers of French football.

The winner of this match is likely to finish the weekend top of the table so there’s much at stake for both clubs. That could make this a tense 90 minutes but both teams can create chances and scoring goals. PSG are the home side but it’s their opponents who boast the stronger winter form heading into this game.

Make sure to bet on PSG vs Lyon with 22Bet!