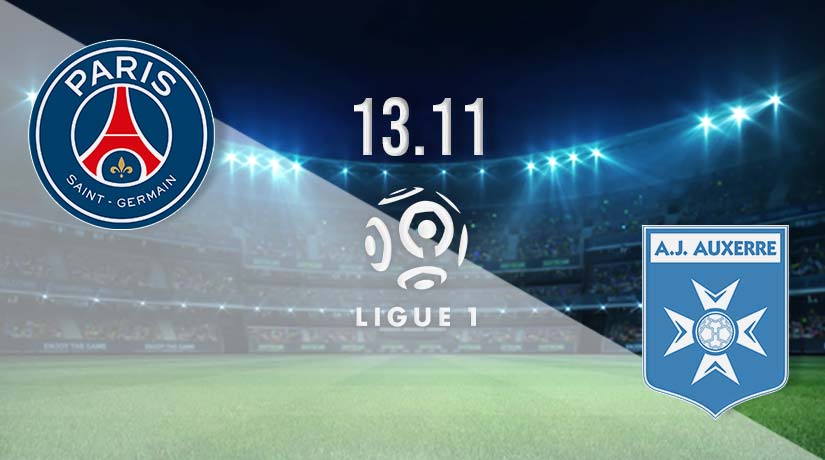 PSG have easily stretched ahead in Ligue 1, and they will be looking to record a fifth straight victory in the French top-flight this weekend. However, Auxerre will be looking for a shock victory, as they aim to move clear of the bottom four places in the standings.

PSG will play their final game before the World Cup break in France this Sunday, as they host Auxerre in Paris. The French champions have been in excellent form throughout the season this term, as they are one of the few teams in Europe that are yet to suffer a defeat domestically. PSG has won each of their previous four fixtures in Ligue 1, which has helped them establish a five point advantage at the top of the standings.

Their latest win was recorded last Sunday, as the Parisians earned a hard-fought 2-1 victory against Lorient. Neymar scored the opening goal in that fixture in the opening ten minutes. However, the match-winning goal was scored by an unlikely source, with Danilo Pereira netting the winner in the final nine minutes.

Auxerre’s main aim this season will be to avoid relegation in the French top-flight. They will face a battle to achieve that target, as they currently sit 15th in the standings after 14 rounds of fixtures this season. They have recorded three wins so far this term, and just a single victory in their previous five.

However, they come into this fixture having gone two without defeat in France. Their latest fixture came last Friday, as they played out a 1-1 draw away from home against Troyes. A point was saved by Auxerre in the final five minutes, with Gaetan Perrin netting the equalising goal.

PSG vs Auxerre Head to Head

Auxerre has been a bogey-side for PSG since their financial takeover. However, given the form of both sides coming into this fixture, we still find it hard to see past PSG taking the victory this weekend. We could see the French league leaders recording a big win in their final fixture before the World Cup gets underway.

Make sure to bet on PSG vs Auxerre with 22Bet!