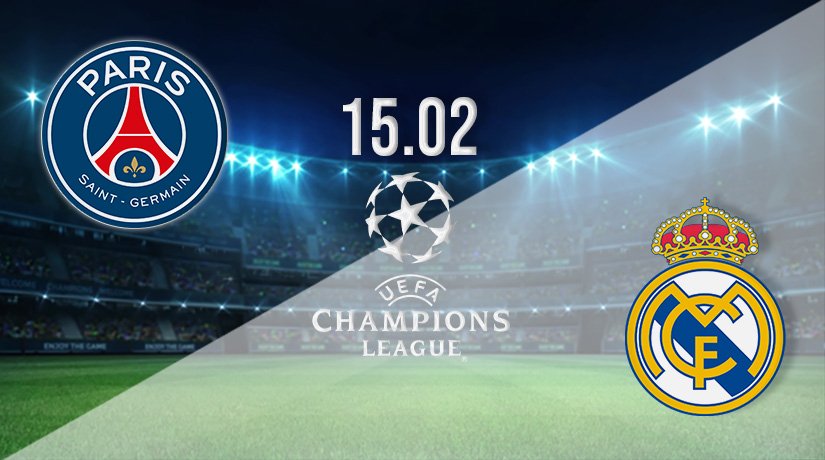 Champions League football returns this midweek, with Tuesday and Wednesday’s matches being the first of 2022 from UEFA’s elite competition. Current holders Chelsea remains in the running for two in a row, but the English Premier League side face stiff competition. A strong case could be made for four or five teams lifting the silverware this spring, and we could see the eventual champion emerge from this match. PSG and Real Madrid are well respected and feature in the predictions of many respected pundits, but we’ll lose the French or Spanish team here. There’s only room for one in the next round, but which team will that be?

Neither the Parisians or Blancos won their domestic titles last season, but that won’t deter them from challenging for this title, especially as Chelsea were miles off the pace in England and beat the current Premier League champions in the final. PSG holds the home advantage in Paris for this match, and they will be eager to make it count. Heading to Spain for the second leg needing a win is best avoided. Opponents Real Madrid want to ensure the tie remains competitive when they host, and there are a few ways they can do that. An away win, score draw, or narrow defeat would hand the advantage to the Spaniards.

Tuesday’s game will be the first time PSG and Real Madrid have met in competitive action since November 2019 when clashing in the group stages of this competition. PSG won 3-0 at this venue before holding on for a 2-2 draw in Spain. Anything near a repeat performance for the French side would see them comfortably through to the next round, but neutrals will be happy with a few more goals. This fixture has given up three goals or more in each of the last four renewals. Will this be another goal-fest or a more nervous affair?

PSG sit on top of the French Ligue 1 and are in complete control, enjoying a comfortable cushion over Marseille and the chasing pack. The league leaders have suffered just one defeat in their opening 24 league games with 18 wins and five draws, scoring 52 and conceding just 19 goals to date. They are already 13 points clear of Marseille and have won their last four league starts. It looks only a matter of time before they tie up the title after their shock defeat last season. There’s still plenty of Ligue 1 football to play, but it’s difficult to see PSG throwing that lead away.

The locals have already played twice this month, winning both games in impressive fashion. They opened their account for February with a stunning 5-1 away win over Lille, with Danilo scoring a double to put his team on easy street. The other goals that day came from Kimpembe, Messi and Mbappe. It was an easy win, but one that served as a timely reminder of the talent PSG has in the attack. On paper, they have the best strikers in the world, and fans will be hoping to see another example of that on Tuesday.

PSG was made to work much harder in their latest match when edging Rennes 1-0 on Friday evening. That was another game PSG were expected to win at a canter, but it went right down to the wire, and it looked like Rennes had done enough to scrape a deserved draw in Paris. Mbappe scored the only goal of the game, snatching a winner with 93 minutes on the clock. It was a sucker punch for Rennes, but PSG did work for the three points that day.

Real Madrid finished as runners up in La Liga to bitter rivals Atletico Madrid last season, but they opened this season as the pundits’ pick to wrestle the title back. Following Barcelona’s well-documented off-field problems and Atletico Madrid losing several of their best players in the summer, Real Madrid took full advantage. They are top of La Liga, enjoying a lead over the chasing pack. Blancos has 54 points on the board, four more than Sevilla in second place. They have a challenge on their hands but remain favourites to hold their ground and win the league.

The visitors would have hoped to be a bit further ahead in the league at this point, allowing them to concentrate on winning the Champions League. Still, Blancos have won only two of their last five league games with that sticky spell consisting of a pair of draws and a single defeat. They opened February with a hard-fought and totally unconvincing win over Granada at home, with the only goal of the game scored by Asensio with 74 minutes on the clock. It was closer than many expected by Madrid were deserving of the points.

They warmed up for this road trip with another away from home on Saturday when running out a goalless finish away to Villarreal – a match they were expected to win with plenty to spare. Despite creating enough chances to win the points, Madrid lacked the cutting edge in the final third to turn one point into three. Madrid fans will want to see more of the same in defence but a better performance going forward.

PSG enjoy the backing of the home support and know they must make it count. They have the form behind them and the momentum that comes from that recent winning run. The Parisians know nothing will be decided in this match, but they can give themselves an advantage by winning at home and putting the pressure on Madrid.

The visitors haven’t been at their best so far this year, but they haven’t conceded a goal this month, and that sturdy defence will be key to any joy they get in France. Keeping a third clean sheet in three games for February would put them in the driving seat.

Make sure to bet on PSG v Real Madrid with 22Bet!