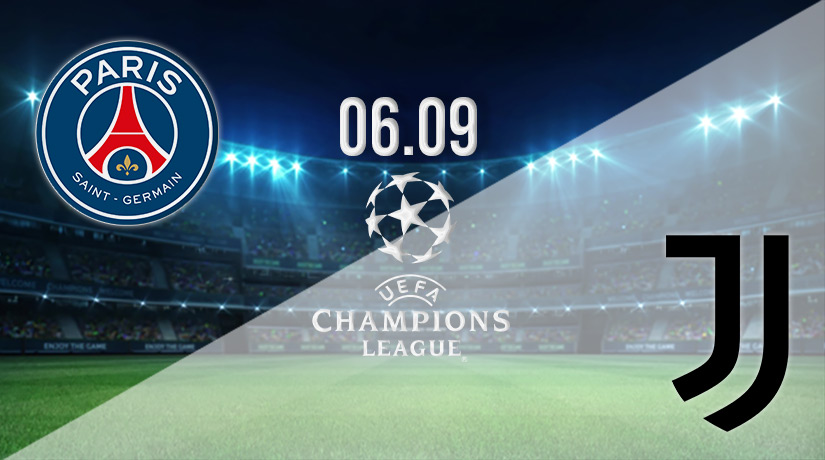 The UEFA Champions League is back on our televisions, with the top teams in Europe aiming to get off to the best possible start as they bid to win the trophy claimed by Real Madrid last season. There aren’t too many glamour ties at this stage as we embark on week one of the group campaign with a few big names lining up against smaller, lesser-known opponents. But that isn’t the case in Paris, where local team PSG welcomes the giants of Italian football, Juventus, to town.

PSG and Juve are amongst the biggest names playing in this season’s Champions League despite Juve failing to win the Serie A title last season as PSG eased to the French Ligue 1 crown. The Parisians know they are involved in a two-horse race to win this Champions League group and can draw first blood by making their home advantage count in this game. There’s no doubt there were easier games out there for PSG and Juventus, but both have a chance to get one over on their rival early.

Follows of the form don’t have a lot to go on here, with these sides not being regular opponents. It was expected they would clash in the knockout stages of this season’s Champions League, possibly the quarter-finals or semi-finals, and they may meet again this season, but the game has been pulled from the hat early. Which side will be celebrating victory on matchday one? That’s exactly what we tried to find out with our in-depth match preview and predictions.

PSG lost their title after dominating French football for a decade, but they roared back last season to regain the crown lost. They are a free-spending club that now has the likes of Lionel Messi and Neymar on their books as well as boy wonder Kylian Mbappe. There has been much frustration amongst followers of this football club, with PSG failing to live up to the high expectations of their fans. Every season, PSG are one of the early favourites to lift this trophy and every season, they come up short. Will this season be any different?

The Parisians can be found in complete control of Ligue 1 after six games, with an unbeaten record to show for their efforts. PSG boast stats of five wins against one draw with 24 goals scored and only four conceded, claiming 16 points to leave them ahead of nearest rivals Marseille on goal difference with both teams boasting 16 points. PSG won’t get things all their own way this season, and the pressures of playing in this competition coupled with the strain of trying to defend the Ligue 1 title won’t be easy. Will they achieve success on both fronts this year? It’s certainly possible.

They warmed up for this home clash against the Old Lady with a simple 3-0 away win over Nantes on Saturday. That was a match they were expected to win at a canter and lived up to expectations on that front, but the level of performance that day was something special, with the points achieved in impressive fashion. The goals that day were scored by Mendes and a Mbappe double, with Messi assisting in both goals for the young attacker. That attacking duo will be key to any success PSG has on game night.

The Champions League trophy won’t be decided in this match, but there’s no doubt this is a game that wouldn’t look out of place in the final. PSG and Juventus are both good enough and are high-profile enough to win the Champions League, but for the time being, they must concentrate on passing the first test put to them, and that’s getting out of the group. It won’t matter if they do that as winners or runners up of the pool, but failure to progress would be a hammer blow to either side.

Juventus haven’t been at their best in recent seasons, and after dominating Italian football for 10 years, they managed to lose their grip on the division and have slipped down the pecking order. The likes of Inter Milan and AC Milan were left to battle it out for the league trophy in the last two seasons, while Juventus have had to take pleasure in a top-four finish and making it into this tournament. There is no reason why they can’t roar back this season, and it wouldn’t be the biggest shock in football to see them win either the Serie A, Champions League or both.

Checking on the recent form of the away side, we note they are stuck down in sixth place in Serie A as a result of a less than convincing opening month. Juventus travel to the French capital for this match, having won two and drawn three of their first five league starts. They are one of the only unbeaten sides in the competition but have been clinging on to that record of late, drawing three of their last four. Another level finish in this match wouldn’t be the worst result for Juventus, and on matchday one, it wouldn’t be a disaster for PSG either.

Football fans have a real treat in store on Tuesday evening as we’re not used to seeing a match of this calibre played so early in the competition. If the home side can win in Paris, they will hit the front of the pool and be in the driving seat to progress as winners of the group, despite there still being plenty of football to be played. Cheered on by a capacity crowd with millions more watching the action live on TV, PSG will want to score a home win.

Juventus are good enough to win this match but are up against some of the greatest players in the world today. They may need to play it smart and look to protect the points, defending and hoping to hit their hosts on the counter. A draw would be a good result for PSG.

Make sure to bet on PSG v Juventus  with 22Bet!