Everton hope to add three points and boost their chances of challenging for the Premier League title when hosting West Ham at Goodison Park on Friday. The locals have impressed during the festive period and four wins on the bounce moved them within touching distance of league leaders and Merseyside derby rivals Tottenham. Confidence is high in the home dressing room.

West Ham have suffered a mixed bag of fortunes again this month as the East London side struggle to nail down the consistency needed to challenge for a Europa League slot. The visitors have talent in attack, but a leaky defence has hampered their progress this winter. West Ham entered the week with two draws from three games and may view another share of the spoils as a decent result.

The second of two matches from the top flight of English football comes from Old Trafford when Manchester United welcome Aston Villa. The Red Devils are in great form at present and climbed to fifth in the table with a game in hand over most of their rivals above them. Man Utd hope to challenge for the league title this year and sent out a message of intent when hammering Leeds United 6-2 at this venue last month.

Aston Villa are performing above expectations at present and journey to Old Trafford in the mix for a top 10 finish with a chance of grabbing a Europa League slot. The result of this game won’t decide if they qualify for Europe but a strong start to the new year would help boost confidence in the squad. Villa beat West Brom and Crystal Palace 3-0 in December but face a tougher challenge here. 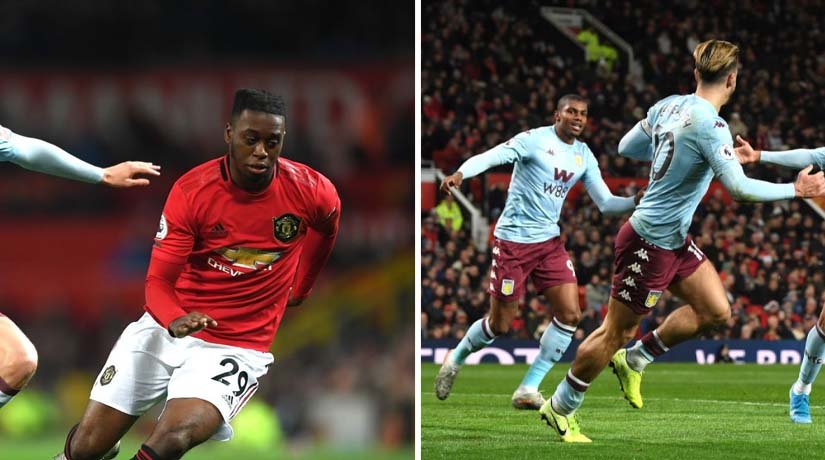 Goals look likely in this match with two free-scoring sides meeting in London. Tottenham were joint top of the league with Liverpool earlier this winter but a drastic loss of form during the festive period saw Jose Mourinho’s crew go four games without a win. They began the week in seventh, six points off the pace set by the Reds. Fans want to see the home team rediscover their winning touch and start the year with an important victory.

Leeds scored 25 goals in their first 15 which was more than Manchester City at the start of the week, but they conceded 30 and that was a greater number than two of the three teams in the relegation zone. Tightening their backline will be crucial to the visitors staying in the division but if they are unable to do that, they could suffer another confidence crushing defeat here.

Bet on Tottenham vs Leeds HERE.

Two clubs struggling at the wrong end of the Premier League table go head-to-head and this one is known in the business as a relegation six-pointer. Crystal Palace have blown hot and cold so far this season and they started the week down in 13th just five places above the drop zone. Palace drew two games before losing back-to-back against Liverpool and Aston Villa, leaking 10 goals. The hosts were last seen holding on for a 1-1 draw against Leicester City at this venue.

Sheffield United are in deep trouble and face the real danger of losing their place in the Premier League and dropping into the Championship. The Blades have struggled for points this season and failed to win each of their first 15 games, drawing two and losing 13, conceding 26 goals. Sheff Utd are bottom of the table and already well off the pace of survival.

Click here to bet on Crystal Palace vs Sheff Utd. 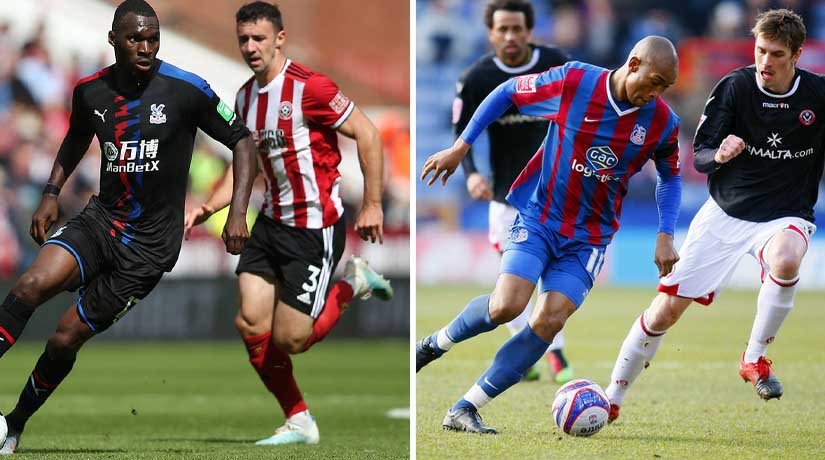 Brighton are battling to distance themselves from the relegation zone but a poor start to the season means the Seagulls are in trouble. They managed only two wins in their first 15 games which left them two points higher than the bottom three following last weekend’s results. Things must improve quickly for the home team.

Wolves have also underperformed this term and find themselves in the bottom half of the table as a result. They have a squad capable of challenging for the Europa League places again but to have any chance of that they must go on a winning run and three points in their first game of the year would be the perfect start.

Bet on Brighton vs Wolves here.

West Brom started the week second from bottom of the league with just one win on the board after 15 attempts. The Baggies conceded 30 goals in those games with eight points putting them six ahead of bottom club Sheffield United and five behind Burnley and safety. Games in the early part of 2021 will have a massive say in whether West Brom keep their place in the league or not. Beating Arsenal this weekend would be the perfect start to their fightback.

Arsenal fans have endured another horrific start to the season, but things are much worse than they have been for a long time. The Gunners started the season hoping to challenge for the title under the guidance of Mikel Arteta but are much closer to the bottom than the top at this stage. Hopes of a European finish are fading fast and Arteta appears to be operating in borrowed time. The first of three games on Sunday as Burnley and Fulham lock horns from midday. The Clarets battled to break out of the relegation zone during the festive period with two wins and a pair of draws moving them to 17th in the list. They started the final week of the year on 13 points but were beaten by Leeds United at Elland Road last weekend.

Fulham have struggled since coming up from the Championship through the promotion playoffs and it is looking increasingly likely they will be relegated back to the second tier of English football at the first time of asking. It’s not too late to save their skins, however, and an away win on Sunday would give the squad a shot in the arm.

Bet on Burnley vs Fulham HERE.

Newcastle United must make themselves difficult to break down at St James’ Park if they are to have any chance of finishing in the top 10 of the table. The Magpies have struggled without the backing of their loyal support this term but do have flair in attack and can cause their opponents trouble on Sunday.

Leicester City are in the mix to challenge for the Premier League title and will see a top-four finish and return to Champions League football as the least they can expect from this campaign. A strong start to the year would boost their chances and the visitors will view this as a winnable game against a side from the bottom half of the table.

Bet on Newcastle vs Leicester HERE. 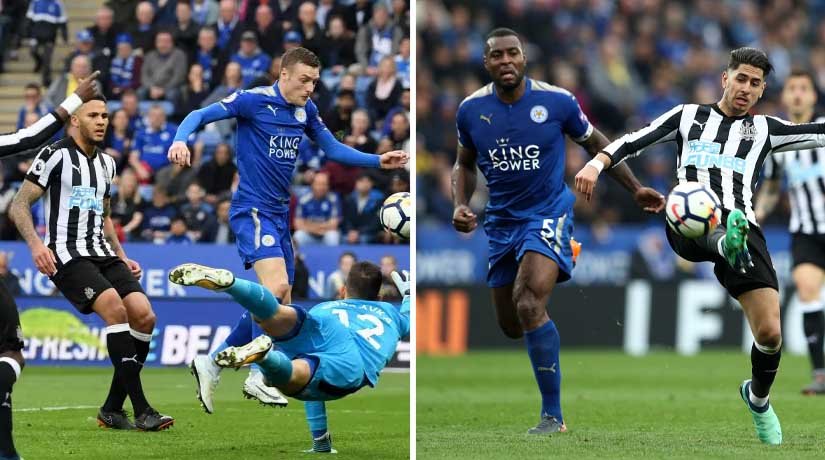 The biggest game of the weekend comes from Stamford Bridge where Chelsea and Man City clash in this game set to be shown to a bumper TV audience. The Blues dropped out of the top four following a poor run of form but have a squad good enough to get 2021 off to a winning start. Chelsea can create chances and scoring goals.

Man City were the pre-season favourites to wrestle the title back from Liverpool and win what would be their third league trophy in four seasons. Pep Guardiola will know all about the problems faced by Frank Lampard but if he takes the home team lightly here, they could pay a hefty price. Man City will go on the attack from the first whistle, they know no other way to play.

Saints hold home advantage over last season’s champions but will have to be at their best if they want to collect all three points and pick-up a win on the first Monday night football of the year.

Liverpool ended the year top of the league and are good enough to hold their position between now and the end of the season. The Reds look fragile at the back due to injuries but there’s still plenty of fire in the attack.

Bet on Southampton vs Liverpool HERE. 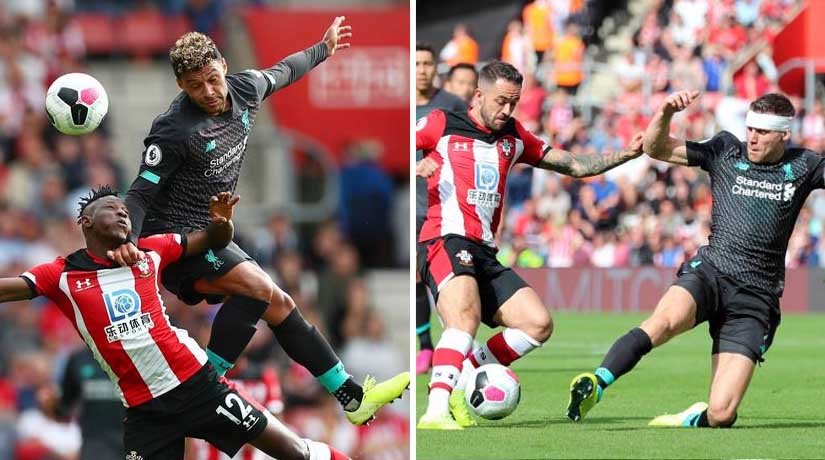