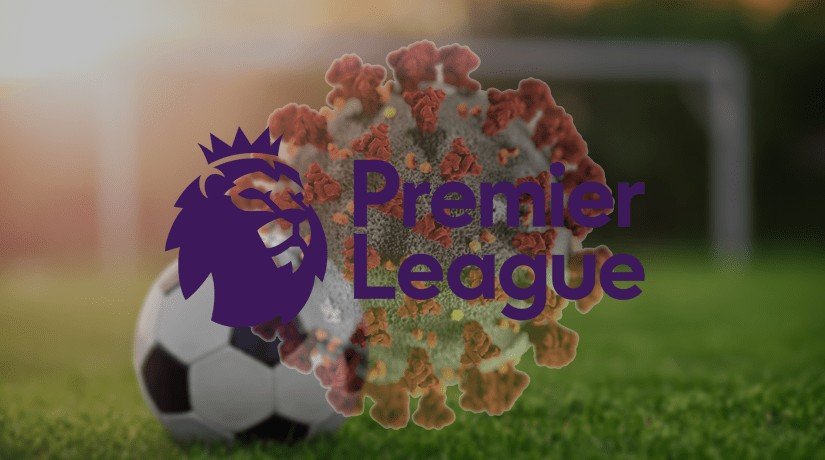 Premier League COVID-19 Timeline: From First Postponed Matches to Possible Return in May

Here’s everything you need to know about the EPL’s handling of the coronavirus crisis, from initial strategies to latest plans on how to play out the remainder of the season.

On March 11, 2020, just three months after the first cases of coronavirus COVID-19 were reported in Wuhan, China, the World Health Organization officially declared the virus to be a global pandemic. Alongside rapidly rising numbers of confirmed cases and deaths, this declaration prompted reactions from the world’s governments aimed at curbing the spread of the virus. One by one, country after country imposed bans on mass gatherings, including religious services, rock festivals, conferences, and virtually all sporting events.

The Italian Serie A and the French Ligue 1 were among the first top-flight football competitions to suspend play. UEFA, the governing body of association football in Europe, was next to act. It suspended the Champions League and the Europa League, and then made the decision to postpone the Euros until 2021.

While the virus was already forcing event shutdowns in such counties as Italy, the UK was not as seriously affected by the crisis. The first domestic transmission of the virus was only registered in February 2020. Instead of restricting the actions and movement of its citizens, as was done in Italy and China, the British government decided to take a more relaxed approach to the pandemic. It simply told all symptom-exhibiting people to self-quarantine and prescribed social distancing for everyone else.

Basing its decisions on government advice, the English Premier League planned to play out its season as scheduled.

In early March, after the Italian Serie A and French Ligue 1 announced the suspension of their seasons, the EPL decided on a more cautious approach. On March 6, it was reported that the Premier League was considering playing out the remainder the season behind closed doors to slow the spread of the virus. The rumors were confirmed soon after in an official EPL statement.

Under this plan, all matches would still be played as scheduled but without a crowd. The decision received mixed reactions from fans and sports executives alike. With gate receipts accounting for as much as 18.75% of the total income for such clubs as Manchester United, many Premier League stakeholders feared the possible economic consequences of closed-door games. However, in light of the events happening around the world, it was largely seen as the only way for the Premier League season to be continued.

On March 11, 2020, it was announced that the Arsenal – Manchester City match was temporarily postponed. This decision was made after the owner of the Greek club Olympiakos, Vangelis Marinakis, had tested positive for the coronavirus. Several Arsenal players and staff members had had contact with Marinakis. As per the government’s recommendations, all of those individuals had to be placed into quarantine. Arsenal’s official statement read as follows:

We are strictly following the government guidelines which recommend that anyone coming into close contact with someone with the virus should self-isolate at home for 14 days from the last time they had contact.

The idea of playing out a full season behind closed doors was not long-lived. Just a few days after the official EPL statement, Arsenal manager Mikel Arteta and Chelsea player Callum Hudson-Odoi tested positive for COVID-19.

In response to this, on March 13, the English Football Association held an emergency meeting with members of the English Premier League, the English Football League, and the FA Women’s Super League. During the meeting, it was decided that all organized football matches in England would be postponed until at least April 4, 2020. At that point, the situation would be reevaluated.

On March 23, COVID-19 had spread so widely in the UK that Boris Johnson had announced a nationwide lockdown. This decision severely limited citizens’ rights to free movement and assembly. The public was always supposed to stay at home at all times and the police were given the authority to enforce social distancing.

In reaction to this, on March 27, the English Football Association decided to extend the postponement of all football matches until at least April 30, 2020.

On March 29, the Independent reported that EPL stakeholders are developing a plan for the league’s comeback.

According to the article, the EPL plans to hold matches in special, sealed off “coronavirus camps”. The games will be played out without an audience. To prevent the possibility of infection, all EPL players and staff members will be completely sectioned off from the rest of the world, including their families. They would live in special hotels and even have their own hospital.

The EPL is currently discussing the possibility of starting play in this format in late May and ending it in the middle of July. Play has to end in the middle of July, because of the Premier League’s TV contract. If the season does not end by the second week of July, the EPL will have to give networks a rebate worth close to $1 billion USD. In order to cram in all of the games into such a short timeframe, the games would be played on a tighter schedule, with teams playing several matches per day.

We will keep you updated as the situation develops.