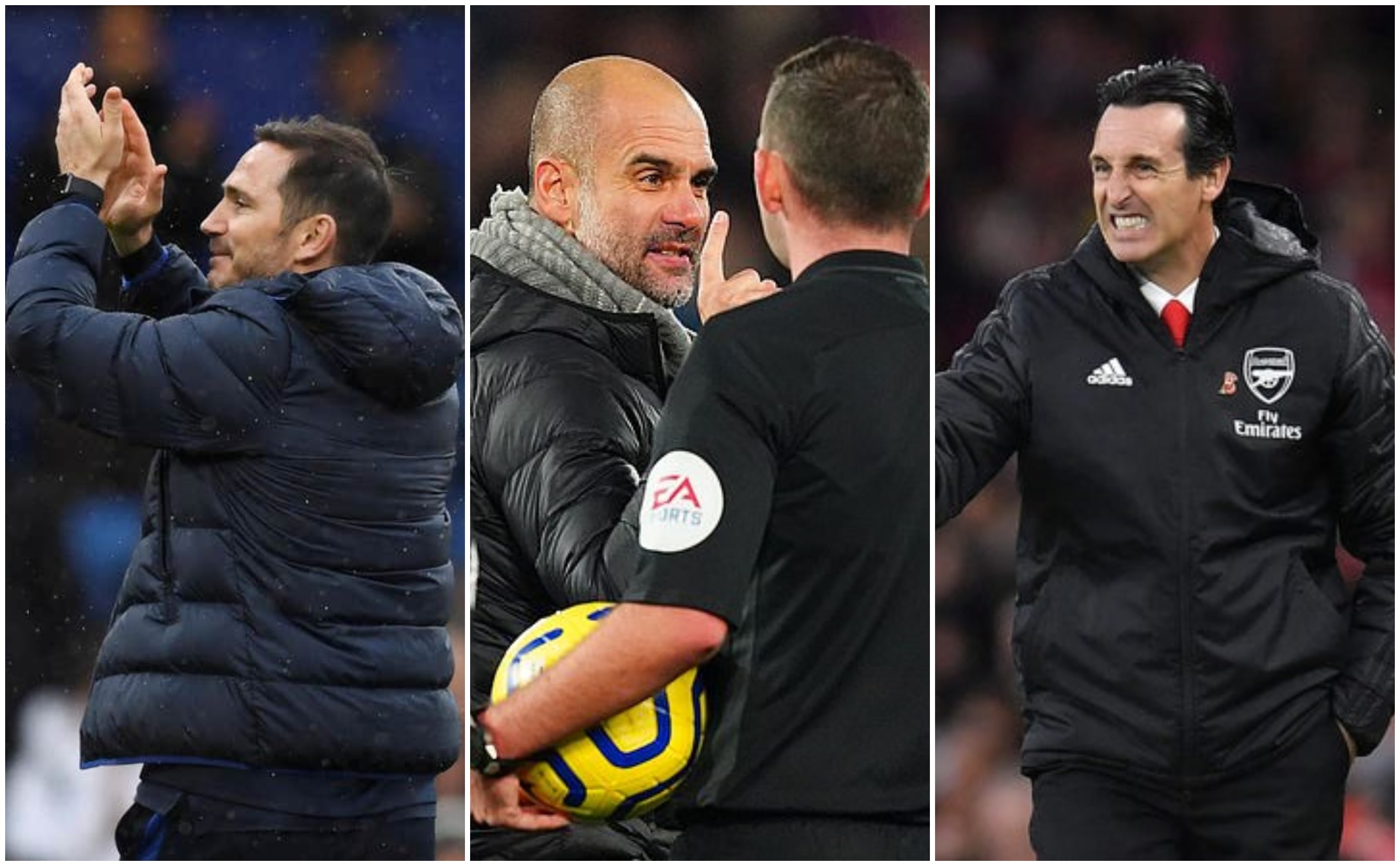 This Premier League weekend gave us a lot of memorable action.

Liverpool Ecstatic, Guardiola Beside Himself

The main event was undoubtedly the battle of the giants as Liverpool confirmed their domestic domination this season by beating Manchester City 3-1 at home behind goals from Fabinho, Salah, and Mane. VAR caused a lot of controversies yet again, as the referees “forgave” two Alexander-Arnold’s handballs, which drove Guardiola crazy on the sidelines.

The Spanish manager had his “Mourinho moment”, losing his temper when City didn’t get the penalty toward the end of the match, and then ironically thanking Michael Oliver for his refereeing after the match. This result spreads the divide between the two teams, with the Reds completely in the driving seat with nine points ahead.

The rising stars of Chelsea

And while Pep Guardiola was fighting his inner demons, this year’s sensations, Brendan Rodgers and Frank Lampard leapfrogged Manchester City in the standings.

In what feels like a habit and a natural routine now for Chelsea, they beat Crystal Palace 2-0, with Abraham and Pulisic scoring to keep up their incredible forms. There is something about this Chelsea team, as it never felt like there was any doubt about the outcome, even as the teams were tied at half-time. Frank Lampard is receiving plaudits from all sides, but they are about to face their toughest challenge yet, with angry Manchester City welcoming the Blues at the Etihad.

Riders on the storm – Arsenal vs Leicester

Chelsea’s North London rivals, Arsenal, on the other hand, are struggling mightily. Unai Emery might be living his last days as Arsenal’s manager with the Gunners extending their winless streak to six, after the latest loss to Leicester. It’s not even the defeat itself that hurts the most for Arsenal fans – it’s the feeling of inferiority to Leicester.

They just got almost routinely defeated by a team, who was last year in a similar situation as Arsenal are this year. Claude Puel was playing boring football, Harry Maguire left in the summer, and their owner tragically died. However, the Foxes went into action, replacing the manager first and foremost, resulting in Leicester sitting at second this season. Should Arsenal go down a similar path?

Far away from the top, Ole Gunnar Solskjaer looks like he’s learning the ropes as United beat Brighton 3-1 in a “best performance this season”, according to Solskjaer. Marcus Rashford is showing signs of becoming a leader more and more, scoring six goals this season despite some rough patches.

Tottenham continued their free fall with fifth winless Premier League match in a row, meaning that the Spurs now have 14 points in 12 matches. Despite the possession still being there with an average of 54%, Pochettino’s side just does too little with the ball, claiming 12.5 shots per game, putting them in a bang average position at 10th in the league in shots per game.

The upside for the underdogs

It’s happy days at Watford! Flores’ side found their first win after eleven matches of constant failure. The desperate Norwich was the victim in a matchup of two primary relegation candidates. Burnley is still being Burnley, giving nothing for free at their home ground, smashing West Ham 3-0 behind goals from their striking duo, Barnes and Wood. Marco Silva saw the change of fortune with Everton coming up clutch for once with Richarlison’s goal, moving up to 15th.

Perhaps unexpectedly, Newcastle dug out a home win versus Bournemouth, coming back from the dead after conceding early on to win the match 2-1. The Magpies still have to resolve their efficiency issues; their scorers were the right-back and the center-back. This usually wouldn’t be an issue. However, Newcastle’s top scorers this season are the center-back, Ciaran Clark, and the central midfielder, Jonjo Shelvey. This clearly isn’t sustainable in the long term. Wolves tied themselves with Bournemouth after a 2-1 home win against Aston Villa.

Fun weekend of Premier League football is behind us as we await the international break. The championship looks like Liverpool’s to win, but there’s a long way to go for the Reds, and the uprising forces are looking for a historic upset.