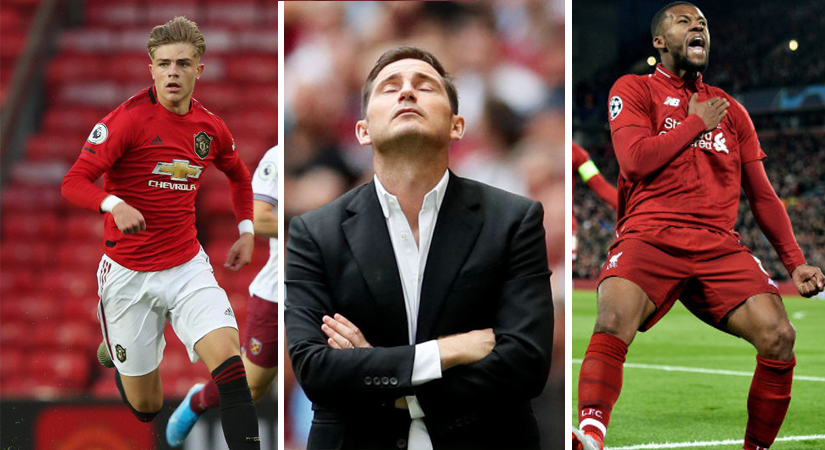 Premier League offered us another fixture of excitement marked by Jose Mourinho’s comeback in style.

The Spurs took desperate measures after sacking Mauricio Pochettino and appointed The Special One. To make things more interesting, Mourinho managed Tottenham for the first time ever against West Ham – managed by Jose’s eternal enemy and rival – Manuel Pellegrini. The Spurs took the commanding 3-0 lead in the first 50 minutes of the match. The Hammers struck back twice, but couldn’t complete the comeback. Thus, Mourinho’s Tottenham odyssey started out with success.

Later Saturday matches saw a lot of goals, mainly from the Emirates where Arsenal drew 2-2 with Southampton in yet underwhelming performance by Unai Emery’s side. Lacazette was the hero with a brace including the tying goal in the injury time, but it wasn’t enough. Sean Dyche’s Burnley keeps on marching as they railed through the struggling Watford in a 3-0 away win as Wood, Barnes, and Tarkowski drowned the Hornets.

Wolverhampton keep on their undefeated streak with a second win in a row, this time against Bournemouth. Referees even overruled completely regular goal from Wolves’ Jota, but Nuno’s men still prevailed to rise to fifth in the league table.

Leicester are showings signs of very serious Champions League spots contention, as they routinely passed the Brighton obstacle away behind another great performance by Vardy who assisted Perez and later scored a penalty himself in a 2-0 win.

Liverpool continued their title run in one of the toughest away matches in the league, as the Reds beat Crystal Palace 2-1 with Firmino’s match-winner just minutes after Zaha tied the score at 1-1. And while Klopp’s side is demolishing everything in their path, Everton is on the other end of the spectrum. The Toffees are struggling mightily. Everton dropped to 16th after an unsuccessful performance in a defeat to Norwich, who cut their losing streak of three consecutive matches.

In the most anticipated duel of the weekend, Manchester City and Chelsea displayed a spectacle, as neither team wanted to defend. The final result showed 2-1 for the Citizens, but Lampard’s men can be proud of their performance, even disarming Pep’s side of the ball possession as City “only” had the ball at their feet 46% of the time.

Solitary match on Sunday proved to be more than enough with Sheffield United giving it their all in a 3-3 draw to Manchester United. The Red Devils were 2-0 down, but an inspiring comeback saw them take the 3-2 lead, only for Wilder’s men to cancel it out in the dying minutes of the match as Oliver McBurnie scored to make it 3-3.

The fixture ended with Aston Villa’s confirmation of a good form as they rose four points ahead of the relegation zone with a comfortable 2-0 win at the Villa Park.

The weekend behind us saw Solskjaer’s struggles continue, with a hint of optimism with their youth. Liverpool and City keep on their title race, and Leicester isn’t giving in. All in all, a very competitive season is ahead of us and we can only look forward to more of the same from the most exciting league in the world.