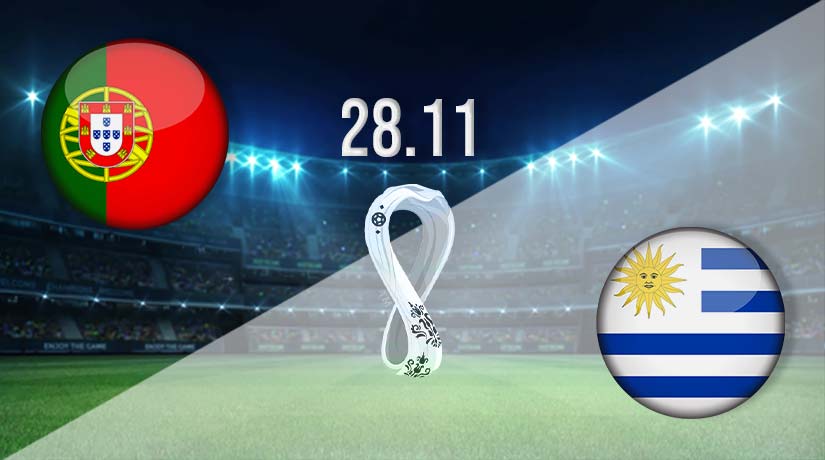 The big game from Group H at the World Cup on Monday comes in the form of Portugal against Uruguay. Portugal will be looking to become only the second nation to win both of their fixtures in the group stage this year, while Uruguay will be looking for a first win.

Group H was labelled as the group of death when the draw for the 2022 World Cup was made. However, Portugal could eradicate all fears of an early exit in their second group stage fixture on Monday, as a second consecutive win could effectively mean progression through to the next round.

Portugal were excellent in the final third in their opening fixture against Ghana, as they scored three times in the final 20 minutes. Cristiano Ronaldo made history by scoring in a fifth different World Cup to open the scoring, before goals from Joao Felix and Rafael Leao extended their advantage. However, they were made to sweat in the final couple of minutes, as Ghana pulled a second goal back, before missing a guilt-edge chance to steal a point.

It was certainly not the start to the World Cup that Uruguay would have been expecting, as the South American nation were held to a goalless draw by South Korea. Uruguay offered extremely little in the final third, and registered just a single shot on target in the 90 minutes. The closest that they came to breaking the deadlock was Diego Godin’s effort, which smashed the post.

Luis Suarez was extremely disappointing in that fixture, and he will likely be replaced by Edinson Cavani for this showdown against Portugal. The South American nation has an excellent record against European opposition at the World Cup, as they have picked up wins from four of their previous five fixtures.

Portugal vs Uruguay Head to Head

These two nations will be clashing for the second straight World Cup. They met in the first knockout round four years ago, with Uruguay claiming a win to eliminate Portugal. Portugal also has a poor record against South American opposition, as they have won just once in the previous nine.

This should be a thrilling fixture between two very talented sides. However, we were impressed with Portugal in their opening fixture, and the aging Uruguayan backline looks extremely vulnerable against the Portuguese. For that reason, we could see Ronaldo and his team recording a second straight win.

Make sure to bet on Portugal vs Uruguay with 22Bet!