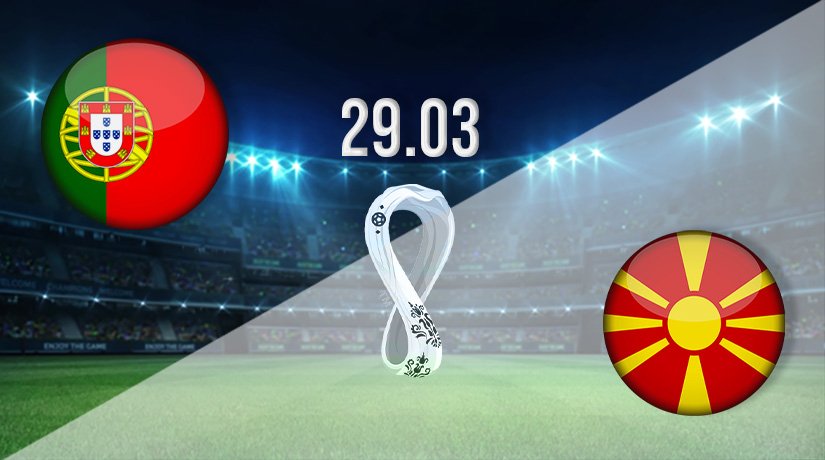 One of the biggest stories from World Cup qualification came in the previous round, as North Macedonia shocked the reigning European champions and recorded a shock win to reach the final of the World Cup playoffs. Portugal are their opponents in the final of the playoffs on Tuesday.

They have achieved big victories in recent years, which includes their 2-1 win in Germany during their Group J campaign. However, their best win to date came just last week, as they shocked Italy to reach the final of the playoffs.

Many expected the reigning European champions to ease through with home advantage, but they were shocked in the final stages when Aleksandar Trajkovski scored in the 92nd minute to send the Macedonian bench into a frenzy.

Portugal are the next big nation looking to halt North Macedonia’s momentum. The Portuguese will be heavily expected to reach the World Cup finals this year, but the prospect of a World Cup without Cristiano Ronaldo is still very much a possibility.

Portugal could only finish their Group A campaign in second place, as they finished three points behind Serbia. A tough semi-final was set up for the Portuguese, but they managed to survive their fixture against Turkey last week.

Otavio, Diogo Jota and Matheus Nunes scored in the 3-1 win, but the outcome could have been completely different should Turkey not have missed a vital penalty in the second period.

This will be just a third meeting between the nations. Portugal won the first fixture between the sides in April 2003, but the last sides that the sides met was in May 2012. On that occasion, there was nothing to separate Portugal and North Macedonia, as the game was drew 0-0.

Despite North Macedonia’s big win against Italy last week, this will take another huge effort against Portugal. We struggle to see past the team led by Cristiano Ronaldo, but it will be a cagey affair, and a 1-0 result may be the outcome.

Make sure to bet on Portugal vs North Macedonia with 22Bet!