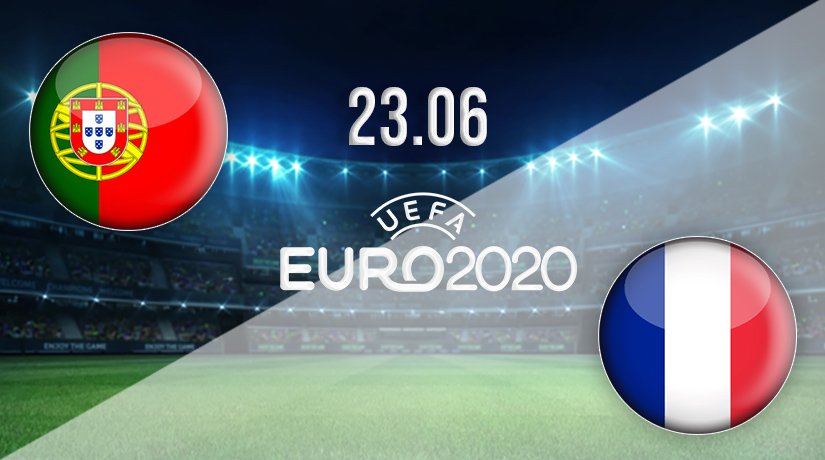 It’s the final round of group matches on Wednesday, and there’s still all to play for in what has been billed as the ‘group of death’. Portugal and France – the European Championship holders versus the pre-tournament favorites – face-off at 20:00 GMT. With both teams hoping to secure victory and progress to the competition’s knockout stages as winners, this is sure to provide followers with a thrilling 90 minutes of action.

The winner of this game could progress as pool champions while the losers know they could be eliminated from the play. Just three points separate current leaders France on four points from bottom side Hungary. A nervy evening awaits, but Les Bleus are unbeaten in their first two games and will be confident they are good enough to secure the win and protect that unblemished Euro 2020 record. Will they do it, or can Portugal spoil the party?

Wednesday’s group match isn’t the first time these superpowers of European football have faced competitive action, of course. The stats show Portugal and France have crossed paths no less than 27 times in the past, with France dominating the fixture. The current head-to-head scores read France 19 wins, Portugal six wins and two draws. The most recent clash came in Nations League action last year when France won 1-0, the winning goal scored by N’Golo Kante.

Portugal’s fate in their own hands

Portugal enters the final round sitting third in the table. The holders have a chance to win this match and finish in pole position after three rounds, but they could just as easily lose and end bottom of the pile, which would see them go home, exiting the tournament at the earliest opportunity. That’s a fate everyone connected to Team Portugal will be desperate to avoid at all costs. However, the fear of going out will be more than enough to ensure this game has the players’ full attention. They know what they have to do, and their fate is in their hands.

They got off to the best possible start, roaring to the top of the pool with a convincing 3-0 win over Hungary on matchday one. The contest was closer than the final score would suggest, with each of the winning team’s goals scored in the final six minutes. Guerreiro broke the deadlock on 84 minutes when it seemed the match was heading for a boring draw. The floodgates then swung open, with Cristiano Ronaldo netting a double on 87 and 92 minutes. Again, the game was closer than most expected, but Portugal got the job done and the points in the bag.

Game two was another high-scoring affair against Germany, but Portugal left that match empty-handed. Ronaldo did break the deadlock on 15 minutes to give his nation a lead, but they couldn’t hold onto it. A pair of own goals less than 60 seconds apart gave the Germans a lead, Dias, and Guerreiro the culprits. However, Germany’s second-half goals from Havertz and Gosens were enough to keep them ahead despite a Jota strike on 67. Again, an exciting match but one Portugal lost.

France open matchday three on top of the table with four points collected. It is expected that any team with four or more points will be playing in the next round of the championships, even those who finished in third place. However, France isn’t the kind of team known for sneaking through and making do with pass marks. Instead, they want to do things in style. Didier Deschamps will be determined to lead his men to the next round as winners of the most difficult pool in the competition, sending out a statement of intent in the process.

Les Bleus got off to a winning start when beating Germany 1-0 in their opening match. Expected to be their main rivals for the pool win, many fans would have been happy with a draw from that match, but the French were deserved winners of the points. They won the game thanks to an OG from Hummels, who knocked the ball into his own net under heavy pressure inside the opening 20 minutes of the game. Both teams had chances after that, and although 1-0 is rarely good enough to win big games, it was on this occasion.

That narrow, hard-fought win over Germany was followed by a disappointing draw with Hungary next time out. Having already beaten their main rivals, another win was expected against the Hungarians, but the game didn’t go as planned. Fiola gave the underdogs a surprise lead in first-half stoppage time before Griezmann hit back to rescue a point and keep the race alive.

Two sides who are good enough to win this match but know the dangers their opponents bring. Portugal knows the pressure is on them with just three points on the board, and if they lose this game, they could be heading out. On the other hand, a draw would probably, be enough to see them progress, while a win would give them a big chance of topping the pool. So there’s everything to play for.

France will see that draw with Hungary are two points dropped despite falling behind in the game. They fought back to claim a share of the spoils but had chances to win it and will be disappointed they aren’t already confirmed group winners with six points. Victory here would be enough to see them cross the line and French fans expect to see their team deliver.

Portugal is 3.8 to win with France available at odds of 2.215 and the draw 2.96. This match has over 100 pre-match betting markets attached, with many of the original options remaining live, thanks to in-play betting.

Some of the most popular options include both teams to score, correct score, total goals, handicap and first goalscorer. Choose the market you wish to bet on and click the odds to add the selection to your bet slip.

Keep visiting the site for big match previews on Euro 2020.

Make sure to bet on Portugal v France with 22Bet!