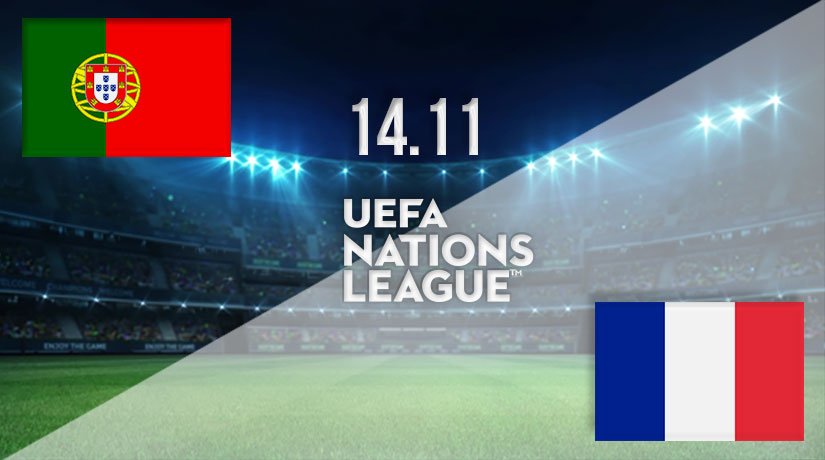 UEFA Nations League football returns this weekend following a midweek of international friendlies and there are some interesting games to look forward to. In this article, we focus on Portugal vs France from Nations League Group A3 which is scheduled for a 19:45 kick-off on Saturday.

Two giants of European football meet and armchair fans hope this clash lives up to the hype and produces an entertaining 90 minutes of play. The stats associated with this game show the pair have met 26 times in the past and France have dominated, winning 18 times against the six for Portugal and two draws. The pair played out a goalless draw last month and France haven’t beaten Portugal since a friendly win in 2015.

Portugal were one of the early favourites to win the Nations League and they have started well enough, sitting top of Group A3 with 10 points collected from their first four games. The locals have won three and drawn one so far, scoring nine and conceding only one goal. That leaves them ahead of nearest rivals France on goal difference.

The home side were last seen bagging a victory in this competition when beating Sweden 3-0 at home last month. Bernardo Silva scored the opener on 21 minutes in that match before Jota struck a double to put the game to bed.

France are another side more than capable of winning their Nations League group and going on to claim the tournament outright, but they must claim victory on Saturday if they are to give themselves the best possible chance of topping the table. The visitors are joint top on three wins and a draw so far, scoring seven goals but conceding three.

Les Bleus beat Croatia in their last outing at this level, recording an impressive 2-1 result away from home. Griezmann struck first in that match before Mbappe hit a late winner to earn his side all three points, edging out a stubborn opponent.

Both teams are capable of winning this match and move clear at the top of the league, but a draw may be seen as a decent result by the managers. There’s all to play for here and this should be a thrilling watch for armchair fans.

Make sure to bet on Portugal vs France with 22Bet!