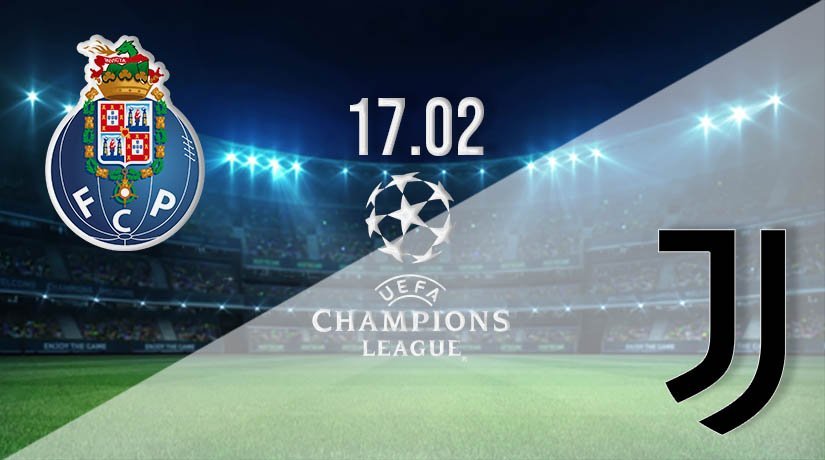 There’s Champions League action to look forward to this midweek and our team of football experts preview the live on TV games we expect to provide the most drama. In this article, follow our thinking on Porto vs Juventus in the Round of 16. This is a first leg match with Porto hoping to make home advantage count while Juve aim to keep things competitive before the second leg in Italy.

These teams meet for the first time in this competition since 2017 when Juventus claimed a narrow 1-0 win on their patch. The winning goal that day was scored by Paulo Dybala from the penalty spot after Maxi Pereira was sent off. The Old Lady progressed thanks to a 3-0 aggregate score and fans would love to see anything near a repeat performance here.

Porto finished second in Champions League Group C behind pool winners Manchester City. They posted stats of four wins and one draw against a single defeat with 10 goals scored and three conceded. The 13 points claimed left them three off the pace set by the Cityzens and 10 clear of Olympiakos in third.

Porto signed off with a strong win over Olympiakos in Greece late last year, strolling to a 2-0 victory. The final score didn’t reflect just how strong the victors were that day. The goals were scored by Otavio on 10 minutes from the penalty spot before Uribe added a second with 77 minutes on the clock. The losing side had Semedo sent off for a second bookable offence on 79 minutes.

Juventus were their impressive selves during the group campaign of this competition when finishing top of Group G ahead of Barcelona. The Old Lady won five and lost one game, scoring 14 goals while conceding four. The 15 points gained meant they finished level with Barca who lost their last game to miss out on the top spot.

Juve finished their group campaign with four wins on the bounce and confidence is high in the camp. They are one of the current favourites to go all the way and lift the trophy which will come as no surprise to football fans. Despite their European form, Juventus suffered a surprise 1-0 defeat away to Napoli on Saturday in Serie A. That defeat followed a 0-0 draw with Inter Milan in the Coppa Italian last Tuesday.

The pressure will be on Porto to make their home advantage count here and ensure they take a lead to Italy. Beating Juventus is no mean feat, of course, but the hosts may take confidence from the poor recent form of the visitors. Juventus have been here many times before. They are tasked with defending for a draw or getting an away goal. They can achieve either.

Make sure to bet on Porto vs Juventus with 22Bet!