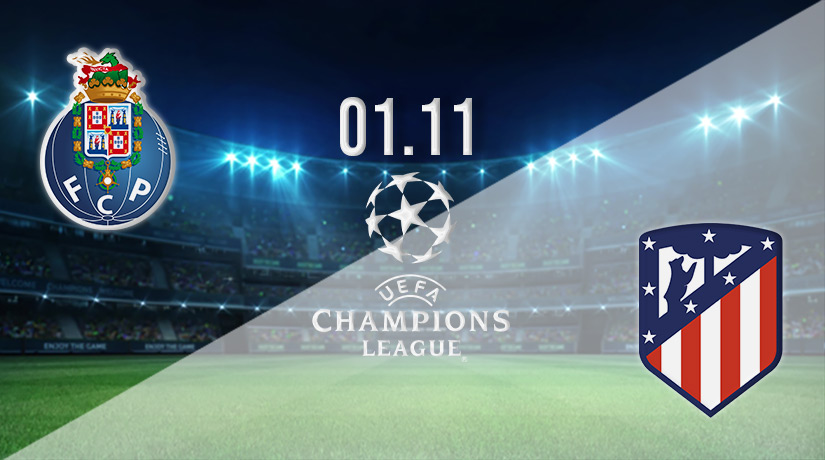 Porto are still in contention to top Group B when they host Atletico Madrid on Tuesday at the Estadio do Dragao from 18:45 GMT, as the Spanish side look for the win that will seal Europa League qualification from the group.

Can Porto get the Three Points they Need to Bolster their Chances of Topping Group B?

Porto are one point behind the group leaders, Club Brugge, heading into the final match of the group stages. A win for them at home to Atletico will keep their chances of topping the group, depending on the result of the other match in the group.

Sérgio Conceição and his men will look to win the clash with Atletico at the Estadio do Dragao on Tuesday with an energetic and tactically disciplined performance.

The focus will be on a robust balance between their attack and defense coming up against the Atletico side that has been blowing hot and cold this season.

Can Atletico Seal Europa League Qualification with a Win?

Atletico will need to be at their tactical best to stand a chance of taking the three points they need to guarantee a place in the Europa League knockout phase.

Diego Simeone and his men have underperformed this season resulting in their inability to progress from Group B. However, Simeone will hope that his side can proceed into the Europa League.

Tuesday’s clash in Porto will present a chance for the Atletico players to showcase their mettle under pressure. They will need to be tactically aware to nullify the danger posed by Porto while retaining their attacking cutting edge.

Domestically, Porto have been off the pace. They have won seven times, drawn twice, and lost twice in the Primeira Liga. They currently trail league leaders Benfica by eight points in second.

Porto lost their opening two rounds of fixtures in Group B before responding with three consecutive wins. Overall, they have won three times and lost twice.

They have scored 10 goals and conceded 6; they boast the best goal difference in Group B. They have collected 9 points out of the available 15. They currently sit second in Group B, a point behind leaders Club Brugge.

Atletico have been below par in their performances in Group B outings. This is highlighted by the return of one win, two draws, and two defeats. This run of form means that they have failed to proceed from Group B.

Diego Simeone’s men have scored four goals in five matches, while they have conceded seven times in this run.

This underscores their core challenge across their campaign. They have lacked a cutting edge in front of goal while their defense has not been rock solid.

The Iranian international has been a talisman for Porto as he has guided them through Group B with his performances. The 30-year-old has scored four times in the Champions League this season.

He also has five goals in 11 appearances for Porto in the Primeira Liga this term.

The forward will be crucial for Porto as they look to qualify from Group B as leaders.

The 31-year-old French international has grabbed 5 goals for Atletico in 12 appearances. This has been a lean start to the season given his standards. However, Griezmann is picking up his form and stepping up for Atletico.

Griezmann will be pivotal for Atletico as they look to seal their status in the Europa League this season.

Porto will look for a fast start to the match; they will seek to dominate the ball, dictate the tempo through, and make use of their quick passing in between the lines to create chances.

Atletico will seek to be pragmatic in their approach; therefore, they will deploy a back-five defensive structure when out of possession. The wingbacks will provide width when on the ball.

Porto have the confidence, momentum, and quality to win this match and take the three points.

Make sure to bet on Porto vs Atletico with 22Bet!