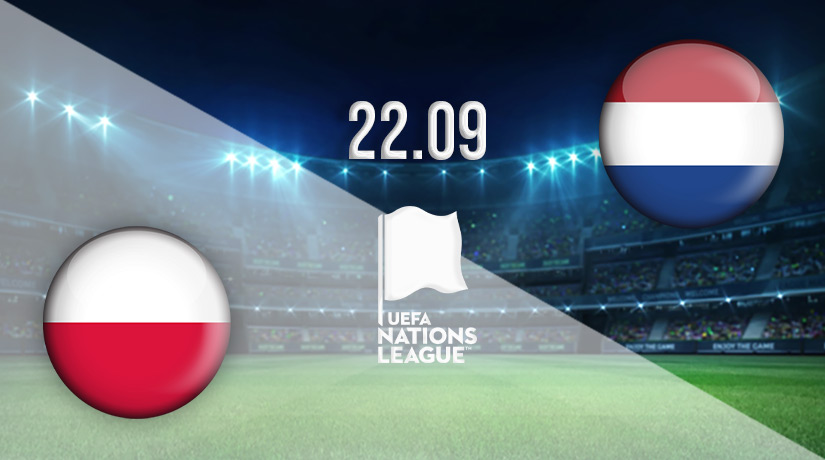 The leaders of Group D of the Nations League campaign will travel to the National Stadium Warsaw to face Poland in a matchday 5 fixture at 19:45 GMT.

Louis van Gaal has been impressed by his side’s start to the Nations League campaign where they have dropped just two points. He will be focused on maintaining the good vein of form going into the clash against Poland on Thursday.

Van Gaal will ensure that his side are switched on to the danger posed by Poland and that they will need to be at their very best to get the three points they want from this fixture.

Netherlands will focus on the intensity of the match as they will look to silence the passionate home support at the National Stadium Warsaw, and thus take the initiative of the match.

Can Poland Get Back to Winning Ways After Three Winless Outings?

Czesław Michniewicz will be looking for massive improvements in performance, mentality, and intensity from his side to stand a chance of taking something from the clash with the in-form Netherlands side.

Having kept no clean sheet in their opening four matches of the Nations League campaign, Poland will be looking to bolster their defensive shape to reduce the concession of chances and goals.

This will be important because they will be facing a rampant Netherlands attack that can pose a danger to any defense in their current form.

Poland opened their Nations League campaign with a robust home win against Wales (2-1). This match was won in the 85th minute with Karol Swiderski grabbing the winner.

However, despite the positive start, Poland have gone three matches without a win. They have lost twice against Belgium (6-1) and Belgium (0-1). Poland have also drawn once in a 2-2 result against Netherlands.

Poland will be looking to turn their form around in Group D, starting with the match at home to the Group D leaders Netherlands on Thursday.

Oranje are the pacesetters in Group D; they have hauled 10 points and dropped just two in their four Nations League outings. They will be looking to extend their league at the top of the group when they face Poland on Thursday.

Their nations League campaign began with back-to-back wins against Belgium (1-4) and Wales (1-2). These wins set the stage for their dominance of the group.

Van Gaal’s side were held to a 2-2 draw against Poland before bouncing back to a 3-2 win over Wales.

The focus for Oranje will be on a positive performance against Poland on Thursday to take all three points and further bolster their position.

The 34-year-old striker has made a stunning start to life in La Liga and as a Barcelona player. He has grabbed eight goals in six La Liga appearances for Barcelona. He has also scored three in two appearances in the Champions League for the Blaugrana.

Lewandowski will be taking this good vein of form into the national team setup and the clash against Netherlands on Thursday.

Poland will look to give their striker the best platform to be as dangerous as possible in front of goal.

The Royal Antwerp striker has been brilliant in the Belgian Pro League, where he has six goals in nine appearances.

The striker provides robust pace, physicality, movement, and penetration through runs and link-up.

His goal threat will especially be important for Oranje in Thursday’s clash with Poland.

Netherlands will dominate the ball and seek to create chances through quick passing and midfield domination.

Poland will rely on quick transitions to pose an attacking threat. They will mainly be reactive as they seek to be compact in the match.

Netherlands will win the match and extend their lead at the top of Group D.

Make sure to bet on Poland vs Netherlands with 22Bet!