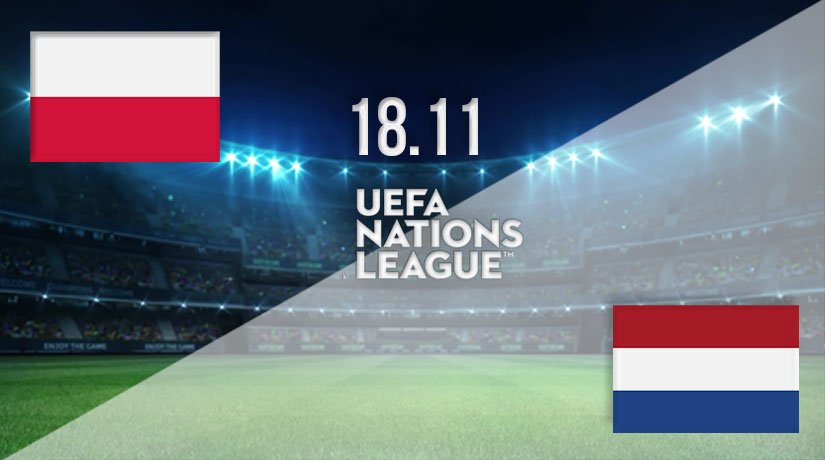 The Netherlands will come into their final Nations League fixture aware that they will still have a chance of winning Group A1, but they will need to claim three points in a difficult looking away fixture against Poland.

The final round of fixture in Group A1 will be headlined by the Netherlands travelling to Poland. Both sides will still be able to win this group, but there is a more realistic chance that the Netherlands will be able to top the group. The Dutch are just one point behind Italy coming into the final round of games, which means that they will be aware that they will be relying on a favour from Bosnia and Herzegovina.

The Dutch were excellent in their last fixture, as Frank de Boer finally registered his first win as the manager of the national side. They raced into a 2-0 lead after 13 minutes after Georginio Wjnaldum scored twice. The Liverpool man was the star of the show in Amsterdam, as Bosnia couldn’t deal with his lung-busting runs into the attacking half. The three points were wrapped up ten minutes into the second half when Memphis Depay added a third.

Poland are just two points behind Italy in Group A1, but their chances of finishing at the top of the group were effectively ended in their last fixture as they were beaten by the Italians. Jorginho opened the scoring for Italy in the fixture just before the half hour mark, before Poland were hit in the final ten minutes as they were trying to chase the game when Domenico Berardi doubled the lead. Poland failed to register a single shot on target in that match, which means that they will need to add some creativity for this fixture against the Netherlands.

Poland vs Netherlands Head To Head

The Netherlands have an excellent record against Poland, as they have won on seven occasions. That record includes wins in the last four fixtures. The most recent of the wins came in September, as the Netherlands won 1-0 in Amsterdam. The only goal in the win was scored by Steven Bergwijn.

The Netherlands will be in good confidence after winning their first game under de Boer last time out, and they will be targeting a strong finish to the Nations League. We expect them to get the win.

Make sure to bet on Poland vs Netherlands with 22Bet!