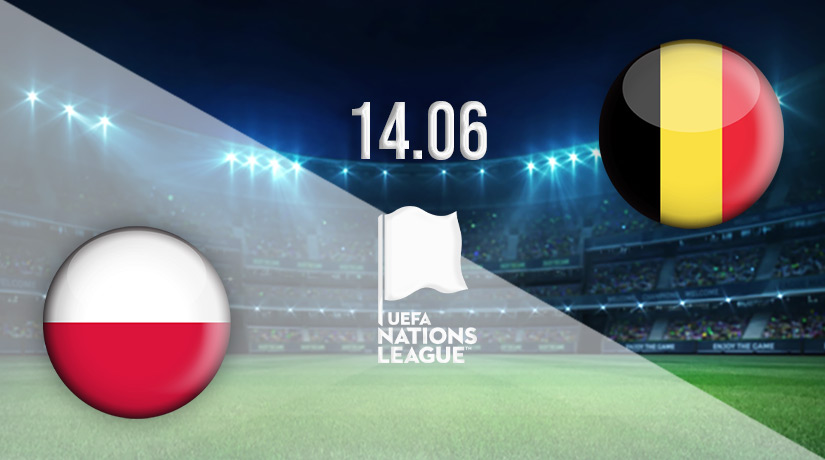 Belgium will be looking to make it three matches unbeaten in their Nations League campaign when they travel to face Poland at the National Stadium Warsaw on Tuesday at 19:45GMT. With both teams level on 4 points in League A Group 4, this match will be crucial in establishing the team that will challenge the Netherlands for the group’s top team.

Can Poland Respond after the Earlier 6-1 Defeat to Belgium?

Poland will be looking to improve their performance, especially with the 6-1 hammering at the hands of Belgium on matchday 2 in mind.

They will focus on bolstering their solidity, compactness, and team spirit to ensure that they can respond to that humiliation with robust performance with the aim being taking three points to bolster their standing in the group.

With Belgium expected to persist with their attacking approach, Poland will take lessons from their first leg mauling as they set about providing a disciplined performance to nullify the Belgium threats while pronouncing their strengths in attack and defence.

Czesław Michniewicz will also be encouraged by his side’s 2-2 draw against the Netherlands, which saw them be competitive for large swathes of the match.

Can Belgium Repeat their Emphatic 6-1 Win Over Poland in the Second Leg in Warsaw?

Roberto Martinez will be hoping for a repeat of the 6-1 win on matchday 2 of the Nations League.

Belgium’s form has not been consistent in the Nations League, especially with the comprehensive defeat to the Netherlands on matchday 1 and the 1-1 draw against Wales in the last match.

Martinez will take encouragement with the team’s reaction to the defeat against the Netherlands, especially with the 6-1 demolition of Tuesday’s opponents on matchday 2.

As the fight for the top spot heats up in the group, Belgium will not afford to drop any more points; this is especially the case given they are three points behind group leaders in the Netherlands.

Poland have won twice in their last five fixtures in international football. The two wins came against Sweden (2-0) in the World Cup Qualifiers final, which allowed them to qualify for Qatar 2022.

They also won their opening match of the Nations League campaign against Wales (2-1).

Poland have also drawn twice and lost once in this run. The two draws came against Scotland (1-1) in an international friendly match and the Netherlands (2-2) in their latest Nations League fixture – matchday 3.

The defeat in this run came in a 6-1 mauling by Belgium on matchday 2. Poland will be looking to perform better against Belgium when they host them on Tuesday.

In their last five outings in international football, Roberto Martinez’s Belgium have won twice, drawn twice, and lost once.

The two wins came against Burkina Faso (3-0) in an international friendly match and Poland (6-1) on matchday 2 of the Nations League campaign. This win over Poland, coming after the 4-1 defeat to the Netherlands, was important in getting Martinez’s side back on track.

The two draws came against Ireland (2-2) in an international friendly and Wales (1-1) on matchday 3 of the Nations League campaign.

The Manchester City midfielder is the midfield maestro for Belgium. His creativity is crucial for Martinez’s approach to the game as he helps connect midfield with the attack while posing a goal threat.

De Bruyne will be important for Belgium in the clash with Poland on Tuesday.

The Bayern Munich striker is the leader of the Polish national team. His goals and leadership are important aspects for Poland as they look to avoid the 6-1 result they suffered on matchday 2 f their Nations League campaign against their Tuesday opponents – Belgium.

Belgium will focus on retaining the ball, bossing territory, and controlling the tempo of the match with their passing.

Poland will employ a direct approach to their football with transitions and a vertical play. They will also seek to retain their shape and ensure that they don’t give Belgium space behind their defense to exploit.

Belgium will win the match and bolster their chances of challenging the Netherlands at the top of the group table.

Make sure to bet on Poland vs Belgium with 22Bet!