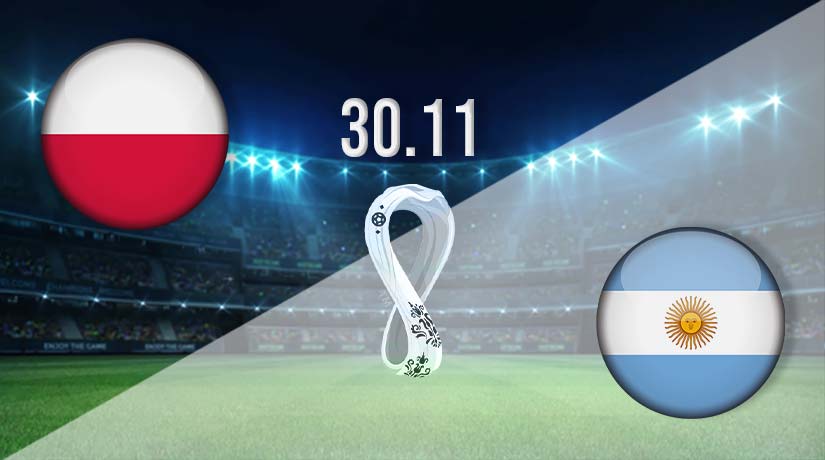 There will be a massive day in the World Cup for Argentina on Wednesday evening, as they look to avoid disaster and crash out at the first hurdle in Group C. Poland will be aware that a point will be good enough for them to qualify, but Argentina will likely need a victory.

It has been a mixed group stage campaign from an Argentina point of view to this point, as they started the World Cup with a shock defeat against Saudi Arabia. However, they finally got back on track in their second group game, as they played out a professional 2-0 win against Mexico. Once again, it was far from a performance fitting of World Cup favourites, as they needed to wait until the 64th minute to break the deadlock.

The moment of magic once again came from the left boot of Lionel Messi, who fired home from the outside of the box to give Argentina the lead. They managed to wrap up the victory with just three minutes of the 90 remaining, as Enzo Fernandez scored a stunning second goal.

However, it’s Poland that come into this fixture in the best position. They currently sit top of the Group C standings, and will be aware that a point will be good enough for them to reach the round of 16. Like Argentina, they are yet to really produce a stellar performance at the competition this year, as they were held by Mexico in their opening game, before recording a win against Saudi Arabia.

That win against Saudi Arabia was a stunning victory, as Poland had to show great character. Piotr Zielinski opened the scoring for the Poles in the first half, before Robert Lewandowski finally scored his first-ever goal at the World Cup in the final ten minutes to seal the victory.

Poland vs Argentina Head to Head

This will be the third time that the nations have met at the World Cup. Poland won the first meeting in 1974, before Argentina won four years later. However, the European nation won the most recent fixture between the sides, as they claimed a 2-1 win in June 2011.

The odds may see this as an easy win for Argentina, but they are likely going to have to work extremely hard for three points. Poland will play a defensive formation, and will look to play on the counter-attack. That tactic worked for Saudi Arabia against Argentina, but we could see the South American’s sneaking a win by a one-goal margin on Wednesday.

Make sure to bet on Poland vs Argentina with 22Bet!