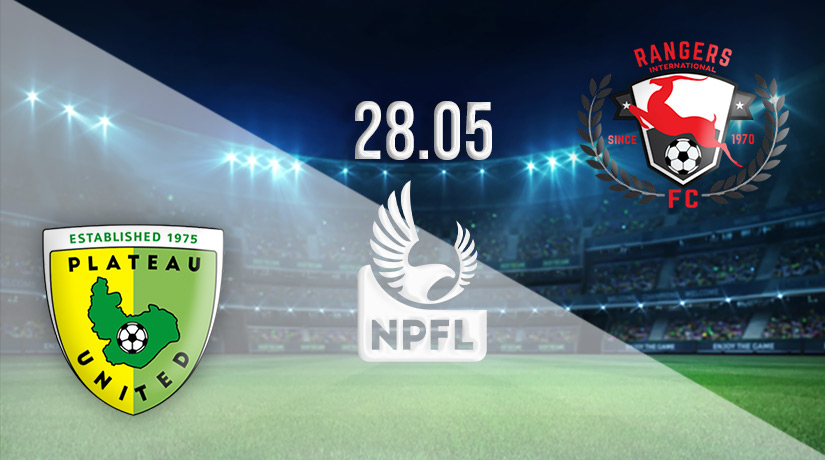 It is second versus third this weekend in the Nigerian Professional Football League when the second-placed Plateau United takes on third-placed Enugu Rangers on Saturday at the New Jos Stadium starting from 16:00GMT in a match that is likely to have top-of-the-table ramifications.

Can Plateau United Maintain Pressure on League Leaders Rivers United with a Win at Home to Enugu Rangers?

Plateau United will be looking to bounce back from a loss in the NPFL in the last match when they face their rivals Enugu Rangers.

They will also be looking to close the gap to Rivers United at the top of the NPFL table, which stands at 7 points with nine matches remaining in the season.

Plateau will have to be aware of the good form that Enugu Rangers have experienced in recent matches, and that this poses a massive danger to their ability to maintain pressure on the league leaders in the run-in.

Can Enugu Rangers Close the Gap to Second-Placed Plateau United with a Win Away from Home?

Enugu are just six points behind second-placed and their Saturday opponents, Plateau United, and they will be looking to close this gap with a win at the New Jos Stadium.

Although they are 13 points off the pace in the NPFL, Enugu Rangers will be looking to get one over Plateau and stand a chance of closing the gap to the league leaders in the run-in.

This six-pointer can determine the title race while also shaping the teams that finish in the top four of the NPFL.

Enugu can bolster their chances with a win over rivals Plateau United, as the two teams vie for the chance of being the main challengers to Rivers United’s seeming stroll to the title this season.

Plateau United have been in poor form in recent matches given the high standards that they have set across the season. They have dropped nine points in their last five NPFL outings.

Plateau have won twice and lost three times in their last five matches in the league. They have collected six points while dropping nine in the process.

This run of form has seen Rivers United open up a seven-point lead at the top of the table while Enugu Rangers have closed in to within six points in third.

Enugu Rangers have lost just once in their last five NPFL matches. In this run, Rangers have won three times, drew once, and lost once. They have collected 10 points while dropping just five.

This run of form has seen them improve their standing on the table by closing in on second-placed Plateau United to within six points while maintaining at least two points and four points ahead of Remo Stars and Akwa United in fourth and fifth respectively.

With 27 points up for grabs in the remaining nine matches in the NPFL, Enugu Rangers are by no means out of the title race that includes the league leaders Rivers United and their second-placed opponents on Sunday Plateau United.

The prodigious attacker is a crucial center-piece for Plateau United’s attacking force. He is a versatile forward player who gives his team many options upfront and thus allows for various tactical approaches.

This flexibility will be crucial in the clash against Enugu Rangers as Plateau United seek to maintain pressure on league leaders Rivers United.

The young forward provides a dynamic approach to the game for Enugu Rangers. His energy levels, work rate, and pace are crucial combinations for Enugu to cause trouble to its opponents.

Nnaji will be crucial for Enugu in their clash against Plateau United as they seek to retain their outside chances of overhauling league leaders Rivers United in the chase for the NPFL title.

Plateau United will take control of the match through patient passing and dominating the midfield areas. Enugu Rangers will look to attack vertically and directly with pace.

Plateau United will win the three points they need to maintain their challenge of league leaders Rivers United.

Make sure to bet on Plateau vs Enugu Rangers with 22Bet!