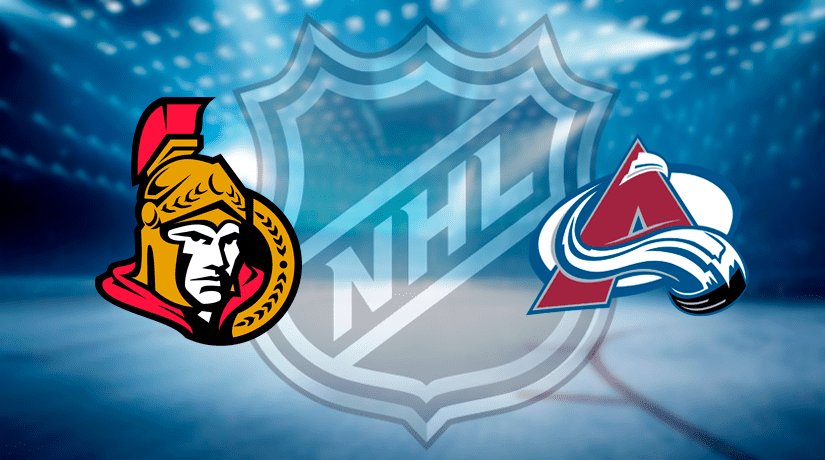 In another game day of the NHL regular season, one of the championship outsiders represented by Ottawa will compete with Colorado, and you will find out how the match will end in our prediction.

Ottawa is on the 14th line of the Eastern Conference and has only 47 points in the assets. The team lost three games in a row, while in the last two meetings lost after the regulation. So, the Senators lost in overtime to Toronto (1: 2), and in the shootouts were defeated by Anaheim – 2: 3.

Note that on their ice this season, the Senators are doing well and most of the time – they lost only nine times in 27 home matches.

Colorado has won the last four out of five matches and is again in good shape. After a significant defeat away from Philadelphia (3: 6), the team continued the away series and defeated Buffalo with a score of 6: 1. Avalanche are striving to maintain their place in the five leaders of the Western Conference, and in the long run to get into the top three.

Recall that the best scorer in the Avalanche with a wide margin on points is Nathan McKinnon, who gave 43 assists and produced 30 goals.

In our opinion, Ottawa at home can again cause certain problems for Colorado and even compete for the victory, because in a recent duel with Avalanche Canadians celebrated success. We do not exclude the possibility that the meeting will be very productive because in previous meetings, the teams organised quite a few goals. Based on this, we offer to bet on a double chance of the hosts and the high totals.

Make sure to bet on Ottawa Senators vs Colorado Avalanche with 22Bet!