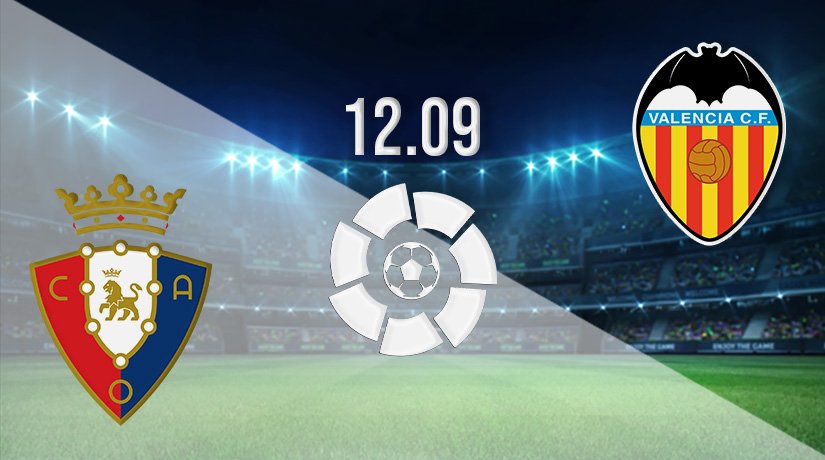 Valencia have been one of the quickest starters in La Liga this season, as they look to recover from a disappointing 2020-21 campaign. Their first game after the international break will see them travel to Osasuna.

Valencia have certainly been one of the standout teams in the early weeks of the new La Liga season, as they are still undefeated after three games of the season. They are currently level on points with the teams at the top of the league, and a win here could put them at the summit, depending on other results in La Liga this weekend. However, their form is extremely strong, as they have won twice and have been held on just one occasion. Their last game before the international break saw Valencia beat Alaves 3-0 at home. It was an excellent performance by the Spanish giants, as they took a stranglehold on the fixture in the first half. Daniel Wass opened the scoring after three minutes, before Carlos Soler doubled the lead in the first half injury time. A third goal was added with half an hour remaining, as Goncalo Guedes fired home his first of the season.

Osasuna finally got their first win of the new La Liga season before the international break, as they claimed a dramatic 3-2 success on the road against Cadiz. It was an excellent finish by the club, which will see them come into this fixture in good confidence. Osasuna went into injury time 2-1 down, but Roberto Torres scored from the spot to level the scores in the 91st minute. There was still late drama to come, as David Garcia scored the winner in the fifth minute of injury time. This will be a stiffer test, but confidence within the camp is high.

Osasuna vs Valencia Head to Head

Osasuna took four points from fixtures against Valencia last season, which includes their 3-1 recent win in April. However, Valencia have still won six of the last eleven games between the two sides. There have also been three draws between these sides in the last seven fixtures.

Osasuna’s late win against Cadiz will ensure that they come into this game in good confidence. However, Valencia have been very professional so far this season, and we wouldn’t look past them claiming a third win in four games on Sunday.

Make sure to bet on Osasuna vs Valencia with 22Bet!