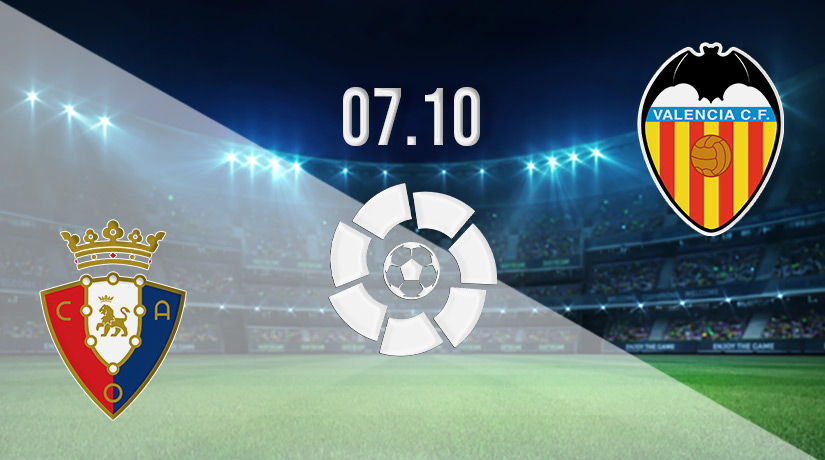 Two sides that will be looking for a return to winning ways in La Liga will clash in the Spanish top-flight on Friday, as Osasuna and Valencia collide. The traveling side has won once from two, while Osasuna come into this fixture having failed to record a win in their previous two fixtures.

This should be an interesting first fixture in La Liga this weekend, as both Osasuna and Valencia come into this round of fixtures chasing European spots in the Spanish top-flight. Osasuna has enjoyed a slightly better start to the season, as they have won four of their opening seven fixtures. However, they come into this match having not won in their previous two.

Still, confidence certainly would have been taken from their latest fixture in La Liga, as they were the first team to avoid defeat against Real Madrid. Osasuna put up a spirited display in that fixture, as they were able to secure a 1-1 draw. They fell behind in the first half of the fixture, but deservedly drew level in the second half, as Kike Garcia fired the travelling side level just five minutes into the second half. However, they will be without David Garcia for this fixture, as he was sent off in the final 15 minutes.

Valencia has been moving up the league standings very slowly throughout this season, but they could move into the top six with a victory on the road this Friday. So far this season, they have won three of the seven games that they have played.

They come into this fixture having won two of their previous four fixtures in Spain. But, they were held to a first draw of the season in their most recent match. That draw was picked up against Espanyol, with Eray Comert scoring a dramatic equaliser in the 96th minute.

Osasuna vs Valencia Head to Head

Osasuna has won two of their previous three fixtures against Valencia, with their latest win being recorded away from home in April. The home side also has a solid record in this exact fixture, as they have picked up two wins from the previous three matches.

This is a match that could swing in either direction. However, the slight preference is for Osasuna, given that they have been difficult to beat throughout the season, and they should have enough quality in the final third to wrap up the victory.

Make sure to bet on Osasuna vs Valencia with 22Bet!