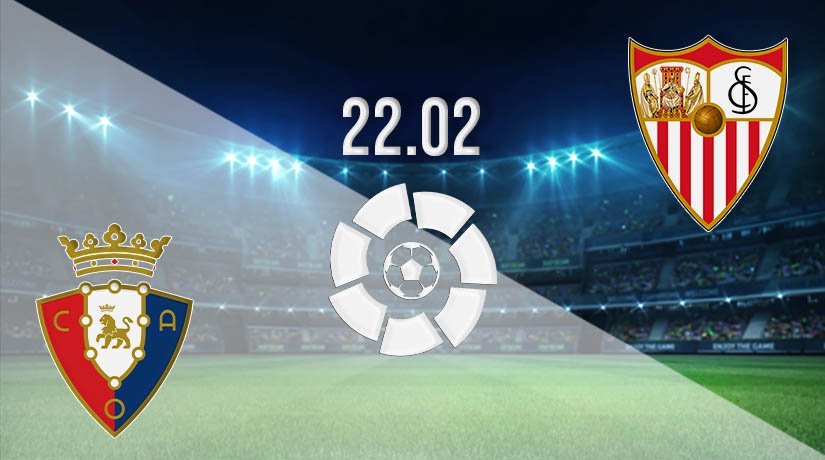 Sevilla will be looking to go above Barcelona in the La Liga table on Monday night, as they travel to Osasuna. But, will they be able to pick up a sixth straight victory?

Sevilla have opened up a gap between themselves and the chasing pack for a top-four finish in La Liga this season. They have completely turned their form around, and have won their last five in the league. They may not have given up hope on the league title at present, as the faltering form of Atletico Madrid could open the door them to pounce. However, any chance of them entering the title race will require them to continue to maintain their excellent run of form. The first step to achieving that comes on Monday night, as they come up against Osasuna. A win on Monday would lift Sevilla into third place in the league standings, and they will be confident of achieving that given their form so far this season. They have conceded just 16 goals all season, which is the joint-best defensive record in Spain.

They will be wary of the threat posed by Osasuna in this game though, as the hosts have been in decent form over their last four games. They have lost just once during this run of form, and have picked up three wins. That form has seen them move clear of the relegation places in La Liga, and their next aim will be to move into the top half of the league standings. Given their recent form, that doesn’t seem as unlikely as it may have been a couple of weeks ago, as there is just five points between themselves and Granada in ninth.

Osasuna vs Sevilla Head To Head

Osasuna have only rarely achieved success against Sevilla, as they have gone seven without a win against the reigning Europa League champions. Sevilla have won six of these fixtures, with the only draw coming in December 2019. Sevilla have won the last two, and have scored four goals in total in those games.

Sevilla’s form has been excellent in La Liga over their last five outings, and it would be hard to see them losing this game despite Osasuna being in positive form themselves. The visitors should have the quality to get over the line, but it will be a narrow win.

Make sure to bet on Osasuna vs Sevilla with 22Bet!