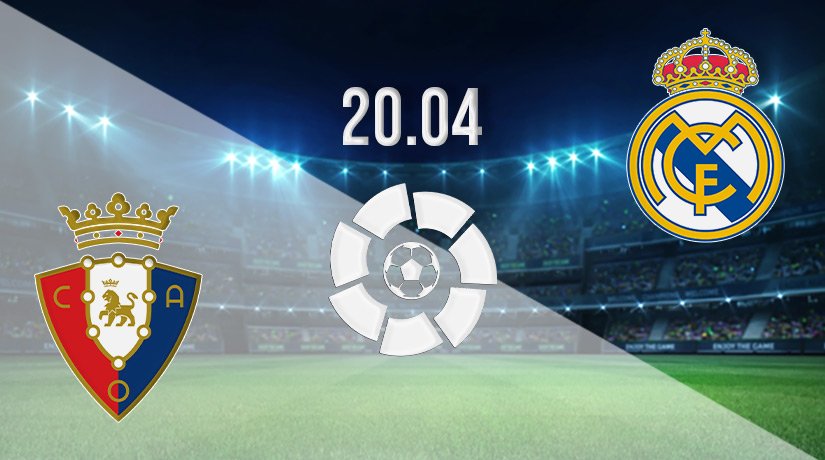 Real Madrid could get within reach of securing the La Liga title in midweek, as victory on the road against Osasuna could mean that their title is wrapped up at the weekend. Osasuna have been in steady form over recent weeks, and will be looking to maintain that run.

In truth, there hasn’t been much of a title race in Spain this season, as Real Madrid have eased ahead of their rivals. They come into this fixture with a comfortable 15-point advantage over Barcelona, as they have been beaten on just three occasions this season.

Real boast the best attacking record in La Liga, while they also have the second best defensive record, as they have allowed just 28 goals. They have responded excellently from their poor result against Barcelona last month, as they have won their previous three games in La Liga.

Their latest victory was a dramatic comeback effort against Sevilla. Real were 2-0 behind after 25 minutes, but scored three times in the second period. Karim Benzema was once again the man for the big moment, as he scored the winner in the second minute of injury time.

Osasuna will also be looking to maintain their strong run of form this weekend. They have won their previous two games in La Liga, but they look unlikely to challenge for a European place in the final weeks of the season. Osasuna are currently sitting eleven points off sixth-placed Real Sociedad.

Their second straight win in the Spanish top-flight came last weekend, as they beat Valencia 2-1 away from home. Both goals were scored in the second period, with an Ezequiel Avila penalty putting Osasuna ahead within five minutes of the restart. Ante Budimir scored the second goal in the win.

Real Madrid are unbeaten in their previous 13 matches against Osasuna. The home side’s last win against Real came in this exact fixture back in January 2011. Real have picked up four wins in the previous six matches. However, two of the three fixtures between the sides have ended in 0-0 draws; including their meeting earlier this season.

Osasuna may have built confidence with an away success against Valencia last weekend. However, it is hard to look past Real, who are closing in on regaining their La Liga title over the coming weeks.

Make sure to bet on Osasuna vs Real Madrid with 22Bet!