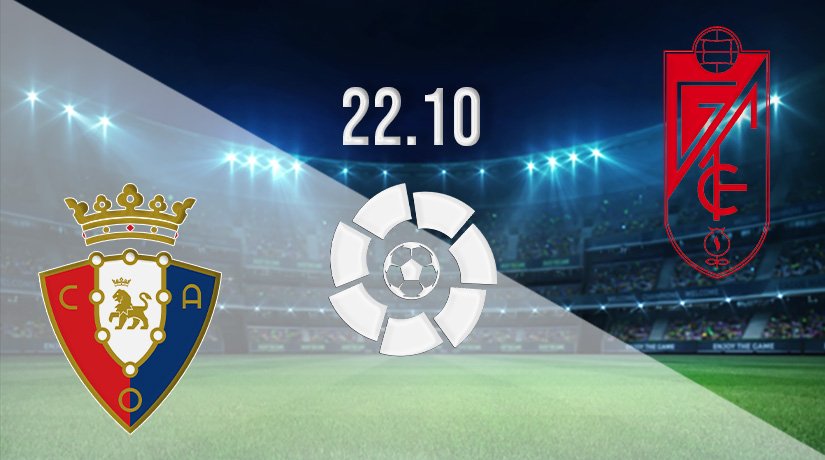 Osasuna have started the new Spanish season in excellent form, and could potentially move top of the league this weekend if they win by a healthy margin. They host Granada on Friday, who will be looking for the points to move away from the relegation places.

These two Spanish sides couldn’t be much further away from each other in the standings. Osasuna are sitting in fifth place in the standings, while Granada are down in 17th, just one point clear of the drop zone.

The hosts have started the La Liga season in fine form this year, as they have won five of their opening nine league games. They are just three points off Real Sociedad, who currently occupy top spot, while a win will realistically lift them up to second. A victory along with a four-goal swing would see them go top of the standings.

Osasuna’s form over recent weeks has been very strong, as they have recorded three straight wins. Their most recent success came against Villarreal on the road. Lucas Torro scored the first goal while Ezequiel Avilla won the game for them with just three minutes of the 90 remaining.

Granada will be hoping that they have turned a corner, after recording a first win of the season. However, they have still lost half of the games that they have played this season, and has scored just six times. However, confidence certainly would have been taken from their win against Sevilla before the international break, as they claimed a smash-and-grab 1-0 win against the Champions League outfit.

Granada scored with their only shot on target in the game, as Ruben Rochina rattled home after 25 minutes. Sevilla dominated the ball, but Granada looked very strong defensively throughout the match.

Osasuna vs Granada Head to Head

Granada have a very good record in this fixture, as they have won three of their last four against Osasuna. They kept clean sheets in all three of those wins. However, Osasuna took the points in the most recent fixture between the sides, winning 3-1 in this very fixture in the 2020-21 season.

Confidence certainly would have been taken from Granada’s win against Sevilla. However, Osasuna are a side that are in leading form in Spain this season, and the target of climbing into the top four will be one that can spurn them on this weekend. A home win looks like the most likely outcome.

Make sure to bet on Osasuna vs Granada with 22Bet!