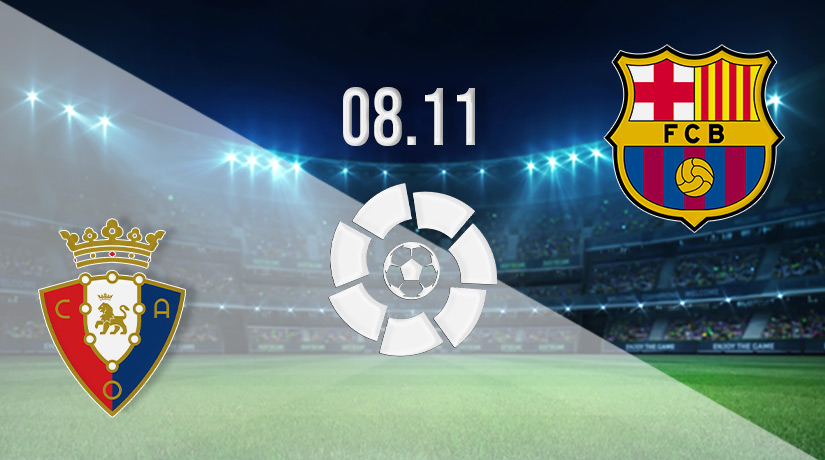 League leaders Barcelona will be travelling to face 5th placed Osasuna on Tuesday, November 8th, at Estadio El Sadar, with the La Liga clash kicking off at 2030hrs GMT.

The visitors will be hoping to create some distance from Real Madrid, who are 2 points behind them with a game in hand. The home side will hope their recent winning streak will give them enough momentum to challenge a high-flying Barcelona side.

Having missed a penalty in Gerard Pique’s farewell match on the weekend against Almeria, the Polish international will be incentivized to get back on the scoring charts. Since moving from Bayern over the summer, the prolific forward has averaged a goal per game in the league.

Osasuna will be hoping for a lowkey performance from the 34-year-old.

Even when playing 5th choice center back Gerard Pique in honor of his retirement, the Blaugrana managed to keep a clean sheet over the weekend. Xavi’s men have been solid at the back all season, having only conceded 4 goals in 13 matches. Three of those goals came in the El Clasico clash last month.

It is unlikely that Osasuna will manage to penetrate a defense that has been solid all through the season.

In the absence of starting goalkeeper Sergio Herrera, the number 2 choice has had an impressive showing with 2 clean sheets and conceding one goal in the win against Celta Vigo on the weekend.

This match will be a true test coming up against incredibly talented attackers and a manager setting his team to play free-flowing attacking football.

Osasuna will miss the services of Ez Abde (torn muscle fiber), Sergio Herrera (knee), and Kike Saverio (Achilles). Midfielder Lucas Toro has accumulated 4 yellow cards and is one card away from a suspension.

After key talisman Robert Lewandowski missed a penalty over the weekend, the Barcelona attack proved it was not down to individual brilliance and secured a 2-0 win on a quiet evening for the Polish international.

The Catalonia giants are aware of the pressure to win the match and remain in the title race, with Real Madrid hot on their heels. Expect an action-filled performance from the visitors with plenty of chances created.

Barcelona will emerge clear winners in this midweek fixture and possibly maintain a clean sheet.

Make sure to bet on Osasuna vs Barcelona with 22Bet!